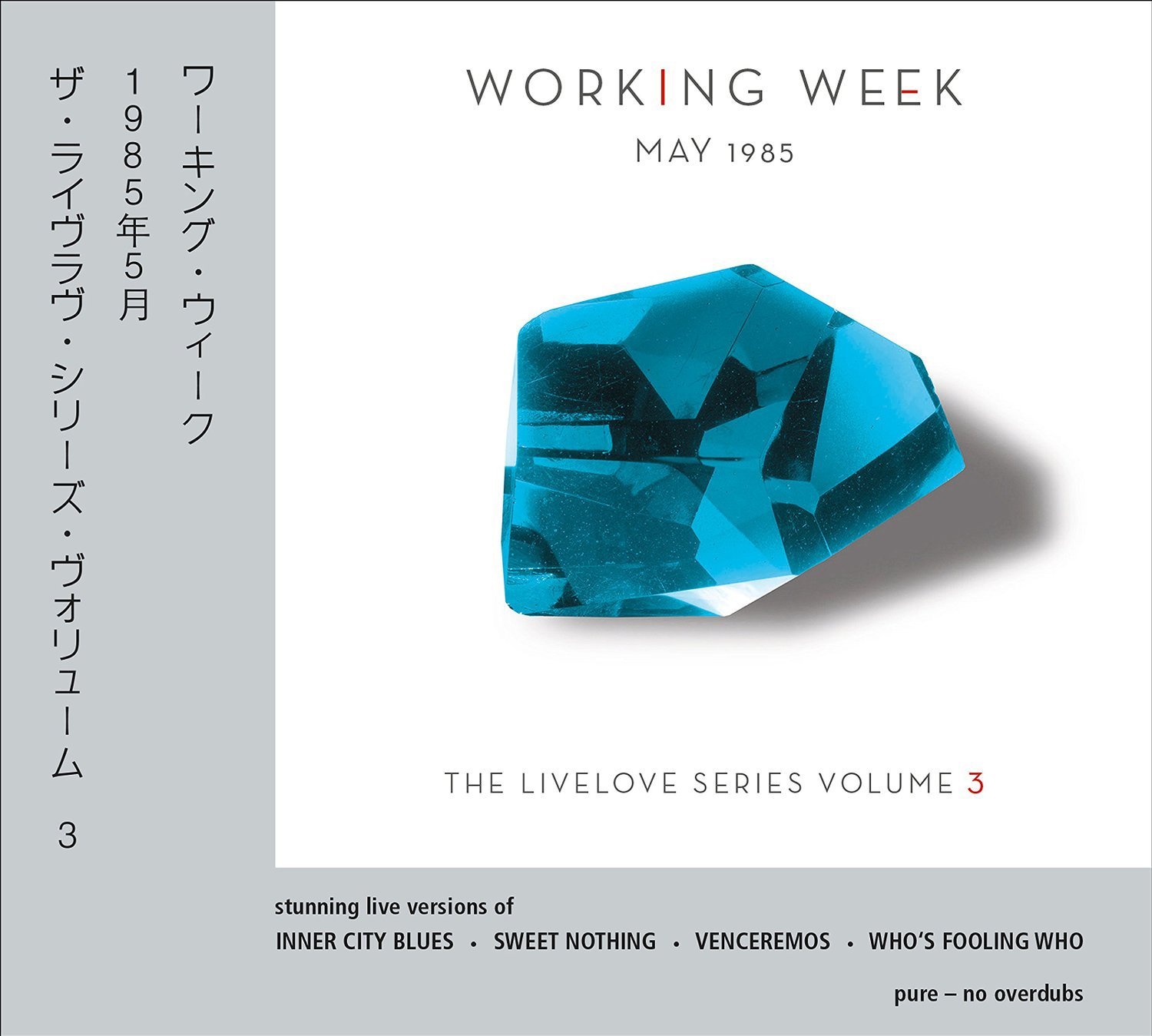 Rising out of the ashes of indie proto-jazz-pop band, Weekend, in 1983, Working Week was led by guitarist/songwriter, Simon Booth, and saxophonist Larry Stabbins and spearheaded a new wave of jazz-influenced British pop groups in the mid-’80s that included Everything But The Girl and Swing Out Sister. Unearthed from the vaults of Radio Bremen, this in-concert album captures Working Week around the time that their Virgin debut LP, ‘Working Nights’ was released in 1985. Fronted by the magnificent, super-soulful  vocalist, Juliet Roberts, the finely-tuned nine-piece band kick off their German show with a fine rendition of Mavin Gaye’s ‘Inner City Blues,’ a key track on their debut LP, ‘Working Nights.’ Roberts is also in fine form on the bluesy ‘Sweet Nothing’ while co-founder Larry Stabbins is able to inject some serious jazz soloing on some tracks (especially on the lengthy Cuban-inflected ‘No Cure, No Pay’ with its see-saw montuno rhythms). The band’s only UK hit, ‘Venceremos’ – which featured vocalists Tracey Thorn and Robert Wyatt guesting on the original single version – is present on this set and finds Roberts bringing a new, more soulful dimension to an extended eleven-minute rendering of the Latin-flavoured song, which is distinguished by a samba-esque percussion breakdown and Larry Stabbins’ mellifluous soprano sax lines. As a vivid snapshot of one of the UK’s finest UK pop-jazz acts captured at their peak in the mid-’80s, this tastefully-presented CD is well worth a listen and will no doubt bring back happy memories for those (like me) who followed the band’s exploits some thirty years ago.