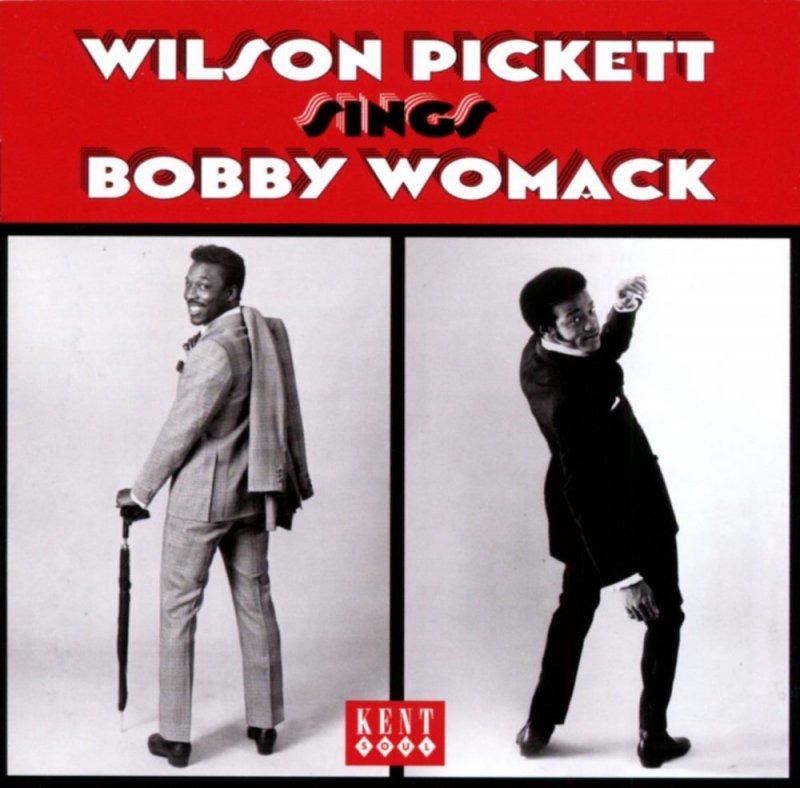 The wicked Wilson Pickett was clearly a big fan of the great Bobby Womack. Between 1966 and 1968 Pickett recorded no less than 17 Womack songs. Back then, of course, Bobby was an up and coming songwriter whose earlier hopes of performing stardom had seemed to fade when his (and his brothers) mentor, Sam Cooke, was gunned down in a seedy Los Angeles motel in 1964. The young Bobby then adopted the motto “have guitar will travel” and on his peregrinations he also peddled his songs and he knew he had most chance of selling ’em down South – more specifically in Memphis and Muscle Shoals which were becoming hot when it came to turning out soul hits. So hot that major labels had started to send their stars down there hoping that that special Southern soul magic was transferrable.

So it was that in 1965, Atlantic bosses sent Wilson Pickett to work with the Stax crew in Memphis. The first major outcome of the trip was, of course, ‘In The Midnight Hour’ – a worldwide smash that catapulted Pickett to soul superstardom. After Stax, Pickett was then sent to record at FAME and in both studios the wicked one was offered plenty of Womack songs.

On this new 20 tracker Ace/Kent have collected together all the Womack/Pickett collaborations. They include the seminal ‘I Found A True Love’, the oft-recorded ‘I’m In Love’, and what became the Pickett theme song ‘I’m A Midnight Mover’. The lesser known items yield plenty of treasures too – like ‘Nothing You Can Do’ which was clearly set up to be ‘Midnight Hour part II’ and the country blues that is ‘Something Within Me’.

You’ve probably noticed that we said Pickett recorded 17 Womack songs, yet this album offers 20 cuts. Well that’s because there are three bonuses…. Pickett’s version of ‘Bring It On Home To Me’ (remember what we said about the Womack/Cooke connection?) and the two sides of a 1967 single that Atlantic released on Womack. The two tunes are the jaunty ‘Find Me Somebody’ and the catchy ‘How Does It Feel’. Both interesting and relevant additions to an album that will thrill proper soul fans… great Atlantic golden age style cover art work too!