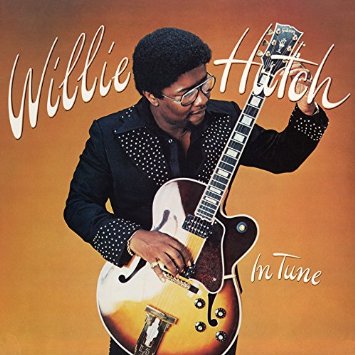 Best known by casual soul fans for his sterling funky soundtrack work on the ’70s blaxploitation flicks, ‘Foxy Brown’ and The Mack,’ singer, guitarist and songwriter Willie Hutch was actually a man of many talents. Born William McKinley Hutchinson in California but raised in Texas, he honed his distinctive husky vocals as a member of doo-wop group, The Ambassadors, before cutting his first solo single at the age of twenty. A move back to LA resulted in him writing songs for the psych-soul group, the Fifth Dimension, and in 1969 he signed to RCA, where he cut two solo (and now very collectable) LPs. In the ’70s, Hutch got his big break supplying lyrics for the Jackson Five’s big smash, ‘I’ll Be There,’ which led to a solo deal with Motown that resulted in eight albums – and eleven US R&B hits – released between the years 1973-1977. These two reissues catch up with Hutch’s career after he’d followed producer Norman Whitfield out of Motown’s exit door in 1977. Whitfield had left Berry Gordy’s company to found his own label, Whitfield, and promptly signed Hutch his roster (the label’s most successful outfit, by the way, turned out to be Rose Royce).

‘In Tune’ came out in ’78 and just from listening to the opening few bars of the tense, atmospheric and elongated intro to the opening cut, ‘And All Hell Broke Loose,’ discerning soul fans will be able to tell that it’s a Norman Whitfield production (the producer also wrote the track). Building slowly and portentously, it evolves to feature the kind of explosive sonic funk drama that only Whitfield knew how to orchestrate. By contrast, ‘Paradise,’ is an ethereal ballad that initially is as delicate as new spun gossamer. It’s another grower and erupts with a passionate chorus before subsiding again. ‘All American Funkathon’ – a US chart entry for Hutch – starts with a rhythmic, insect-like, synth sound before bursting into an earthy piece of cinematic disco-funk led by Hutch’s soulful vocals. The clavinet-driven ‘Come On And Dance With Me,’ ‘Nothing Last Forever’ – a cautionary tale about fame and fortune – and the horn-laced groover, ‘Hip Shakin’ Sexy Lady,’ are more overtly disco-influenced while Hutch shows his prowess as a balladeer on the gorgeous ‘Anything Is Possible If You Believe In Love.’ Even better is the mellow rare groove, ‘Easy Does It.’

Bookended by the songs ‘Disco Thang’ and ‘Down Here On Disco Street,’ Hutch’s second and final LP outing for Whitfield, 1979’s ‘Midnight Dancer,’ upped the mirrorball ante even further. Gene Page’s arrangements bring a Barry White-feel to the proceedings, especially on the pumping, strings-driven title track. ‘Never Let You Be Without Love’ is an appetising mid-tempo tune while ‘Everyday Love’ is a buoyant dance anthem and ‘Deep In Your Love’ a more reflective mood-piece.

Both albums are top-notch, enjoyable affairs, with ‘Midnight Dancer’ the better of the two in terms of quality, focus and cohesion (though ironically it wasn’t as commercially successful as ‘In Tune’). Though they don’t quite hit the heights of Willie Hutch’s best Motown albums from the ’70s, they’re still well worth investigating.