WILLIE HUTCH: ‘Havin’ A House Party’ and ‘Making A Game Out Of Love’ (Soul Music Records) 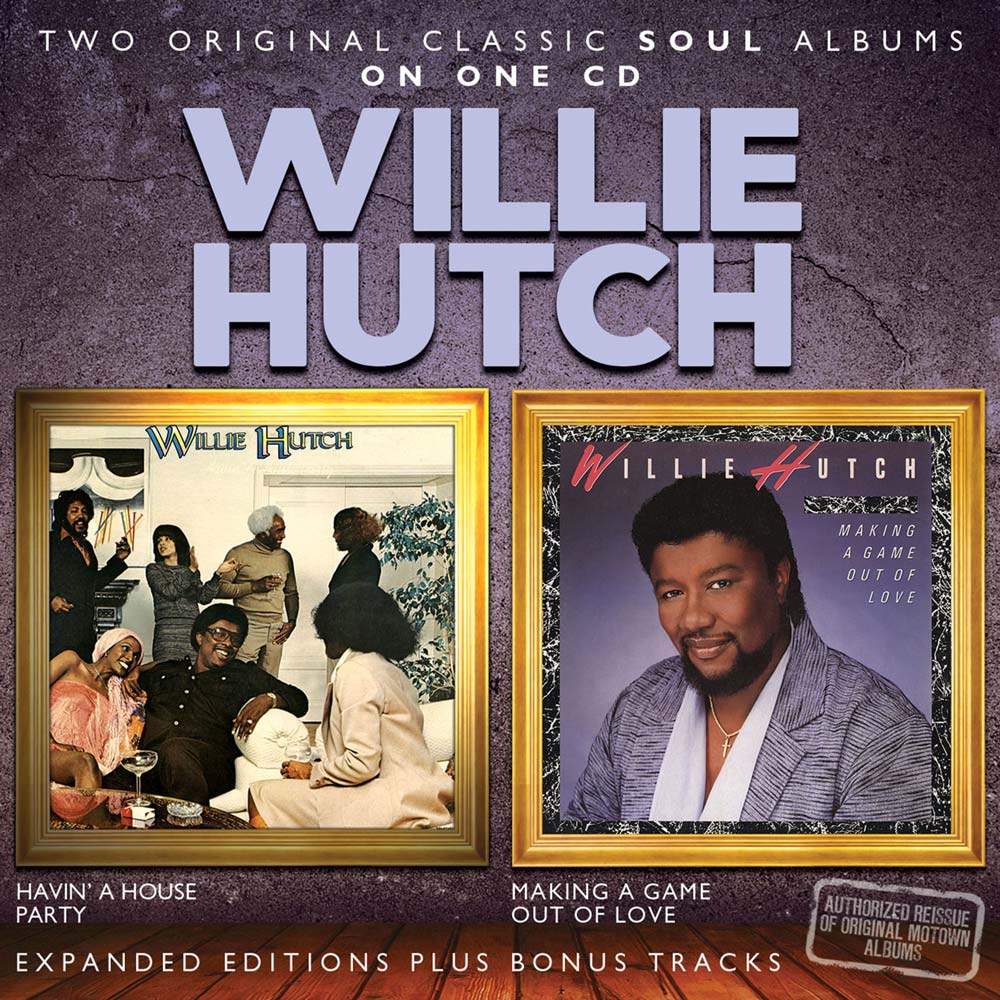 Born in Los Angeles and raised in Dallas, husky-voiced Willie Hutch was a distinctive singer/songwriter who came on the radar of most soul fans in the 1970s (though his career began in the ’60s) when he signed to Motown and scored twelve charting R&B singles (the biggest was 1975’s ‘Love Power’) and recorded eight albums. Never reissued before, 1977’s ‘Havin’ A House Party’ – his final offering for Berry Gordy’s label in the ’70s – is paired with his 1985 Motown comeback, ‘Making A Game Out Of Love.’ If you’re familiar with any of Hutch’s previous Motown albums from the ’70s, then ‘Havin’ A House Party’ won’t disappoint. It’s packed with some ear-catching material and strong performances, ranging from frothy symphonic dance tunes  – exemplified by the bright and breezy ‘Soul Strut,’ the rousing title track, the gospel-infused ‘Train Of Love,’ and ‘Willie’s Boogie’  – to simmering anthemic funk workouts  (‘We Gonna Party Tonight’) – and pleading ballads (‘After Love Is Gone’) and Hutch is also the master of the mid-tempo groove ballad as the pleading, mesmeric ‘I Can So’ Give You Love’ attests.

After leaving Motown in ’78 for the WEA-distributed Whitfield label, where he cut two albums, Hutch went back to Motown in 1982 and scored a minor hit with the excellent ‘In & Out’ (which is featured as a bonus cut here in both seven-inch and twelve-inch formats) before finally releasing an album in 1985. By that time, production values and recording methods had changed beyond recognition with technological developments (synths, sequencers, drum machines, samplers etc) , and ‘Making A Game Out Of Love’ was undoubtedly a 9-track album that reflected the changing times. Even so, Hutch’s main strength – his songwriting – is still in full effect even though the musical backdrops are machine-tooled. The set’s best known track was ‘The Glow,’ a driving, drum-machine-powered electro-funk groove complete with Hutch doing a rap (albeit somewhat unconvincingly). The Temptations guest on ‘Inside You’ but even their cameo and warm harmonies can’t paper over the cracks of ‘Making A Game Out Of Love,’ whose cold techno grooves sound positively frigid.  This twofer, then, to use a football analogy, is a classic game of two halves with the ’70s Motown side coming out on top.