WILLIE HUTCH: ‘Fully Exposed,’ ‘The Mark Of The Beast,’ and ‘Ode To My Lady’ (Soul Brother) 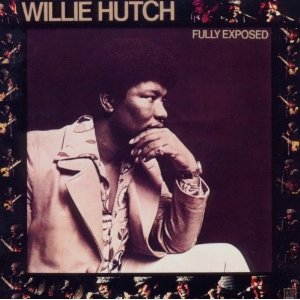 Three fabulous soul albums – and that’s no exaggeration – from the late great Texas-born singer/songwriter/guitarist Willie Hutch get reissued on CD for the first time, thanks to the UK’s Soul Brother label. Hutch made two earlier albums for RCA in the late ’60s before landing at Motown in the early ’70s after helping out the label’s West Coast producer Hal Davis by writing lyrics to a song called ‘I’ll Be There’ that was recorded by the Jackson Five. It became a big smash and as a result Hutch got his own deal with Motown. His two movie soundtrack albums for Berry Gordy’s company – to ‘Foxy Brown’ and ‘The Mack’ – are quite well known but less so his solo albums (he recorded six for Motown in a richly fertile period during the years 1973-1977). 1973’s ‘Fully Exposed’ is a terrific showcase of Hutch’s formidable talents: his voice, with its husky timbre, is distinctive and deeply soulful; his guitar playing is steeped in funk and he knows how to write a good tune with a catchy hook. The set includes Hutch’s own take on ‘I’ll Be There’ and a version of the Leon Ware-co-penned ‘I Wanna Be Where You Are’ (an early Michael Jackson solo hit later recorded by Marvin Gaye). Other highlights include the dreamy ballad, ‘Sunshine Lady,’ a funky revamp of ‘California My Way’ – as also recorded by the Main Ingredient – and ‘Ain’t Nothing Like Togetherness.’ 1974’s ‘The Mark Of The Beast‘ is even better, its cinematic title track a haunting biblical meditation on the apocalypse. It also includes the superb symphonic soul of ‘Get Ready For The Get Down,’ ‘Try It You’ll Like It,’ and the poignant but ridiculously titled ballad, ‘(I Wanted To Be A Rock & Roll Star) Woman I Still Got Loving You On My Mind.’ ‘Ode To My Lady’ (from 1975) is another potent long player blending shimmering soul ballads with widescreen symphonic funk grooves. Its key cuts are ‘Party Down,’ the anthemic ‘Love Power,’ ‘Since I Found You,’ and a marvellously soulful retooling of the Barbra Streisand-associated movie theme song, ‘The Way We Were.’ It’s a crime that these three albums have been out of circulation for so long but now their reissue offers a chance for Hutch novices to catch up with the man’s finest work.