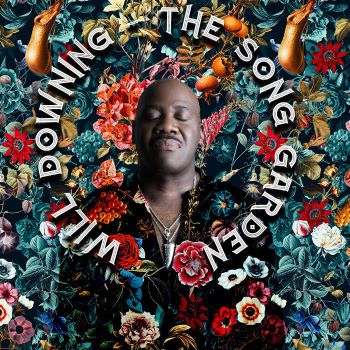 When the pandemic hit last year, musicians reacted in all kinds of ways. Some, who had new music ready to go, held back their new stuff – hoping for an upturn. Gregory Porter is a good example. His wonderful ‘All Rise’ album was slated for a February 2020 release, but it was put back time and time again. It eventually came out in August to general acclaim and very healthy sales – begging the question “why wait?”. Plenty of other artists decided not to hang about and pressed on making new music and using the pandemic as a sort of inspiration (if indeed that’s the right word). And that’s exactly what Will Downing decided to do.

You may remember right in the middle of last year he released the gorgeous single, ‘So Many Good Die Young’. We were told that the song’s co-author, Randy Bowland, was inspired to write it after the death of Chadwick Boseman and the beautiful song and final production turned out to be a deep and moving meditation on the fine line between life and death for everyone, and, as such, its relevance to the ravages of the pandemic speaks for itself. ‘So Many Good Die Young’ closes ‘The Song Garden’, Will Downing’s latest album (his 24th we believe), and it provides a beautiful climax to a lovely, love collection.

The seven tracker opens with ‘Stand Up’ – which was another pre-album release single. It’s a sophisticated, steady mid-tempo item with a killer chorus … vintage Will Downing in every way. The pacier ‘Right Where You Are’ was another early single and in this one Will is adamant that nothing is going to stop him getting to his lady: “No virus, no wind or storm can keep you away from me!” and you better believe him!

The other featured tracks are a wraparound and warm ‘Say Yes’, a classic love groove, ‘Love You Better’ and the wonderful romantic duet with Maysa that is ‘Give You’. That leaves something of an oddity… ‘Chocolate’. This is a 24 carat Quiet Storm moment and is more of a monologue than a song though it does build to its own climax! I’m not sure if it’s the album’s tongue-in-cheek moment though.  Whether it is, or whether it’s serious, it doesn’t really matter – it’s a great confection either way and it will probably have Barry White turning in his grave!

Will Downing… “the Prince of Sophisticated Soul”? On this evidence, for sure. ‘The Song Garden’ is princely (not Prince-like!), totally sophisticated and so, so soulful!