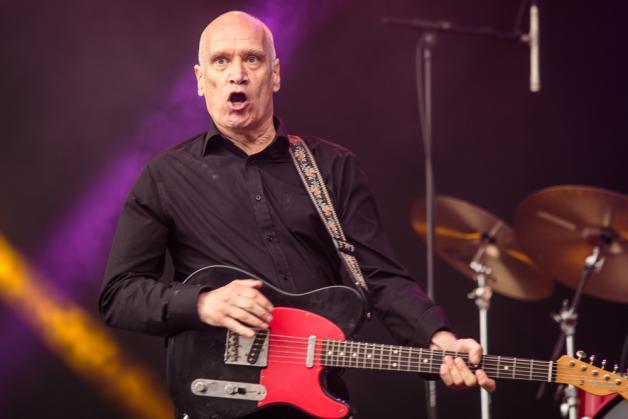 Two years ago Wilko Johnson was a dead man walking. He had been diagnosed with terminal pancreatic cancer and, choosing to reject chemotherapy as it didn’t seem to offer much hope of prolonging his life, the ex-Dr Feelgood guitarist vowed to keep playing as long as he could. He undertook a farewell tour in March 2013 and then a year later made a top-selling album called ‘Going Back Home’ with Who vocalist, Roger Daltrey. He expected it to be his last recording but just over a year later, Johnson is miraculously free of cancer thanks to a long operation that resulted in the extraction of a 3kg tumour.

It was perhaps fitting, then, that Johnson was introduced on stage by his surgeon, Cheltenham-based Charlie Chan (yes, that’s his real name). Though Wilko, who is now rightly considered a national treasure, is thankfully alive and well, at the beginning of this much-anticipated performance, bassist Norman Watt-Roy’s amp seemed to have died. But the technical problem was quickly rectified which allowed the trio (with Dylan Howe on drums) to blast into the old Feelgood R&B  classic, ‘Down By The Jetty.’ Darting across the stage with his icy stare, and purveying his choppy, scything guitar style, Wilko was in irrepressible form while the synergy the band generated was infectious as they romped through a clutch of incendiary R&B numbers that included Dr. Feelgood’s ‘Back In The Night,’ ‘Roxette’ and ‘Going Back Home.’ A raucous take on Chuck Berry’s ‘Johnny B Goode ‘ – with Wilko doing his famous duck walk – ended the gig on a euphoric high. Wilko Johnson, then, is very much alive and well and his survival story offers hope and inspiration to cancer sufferers everywhere.