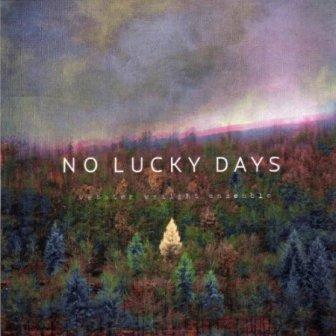 The Webster Wraight Ensemble is a big band (in the old, proper sense of that phrase) that’s been put together by two Derbyshire-born musicians to deliver their new, ambitious musical ideas. Charles Webster was a UK pioneer in what became known as “deep house” and from there he moved into electronic music and under various aliases and across a number of labels (many owned by himself) he’s shifted in excess of 150,00 albums. Peter Wraight’s background is working on the soundtracks to computer games… he worked with the London symphony Orchestra on the 2002 Tomb Raider ‘Angel Of Darkness’ score. Latterly he’s worked with the Matthew Herbert Big Band and scored the music to art house movies like ‘Le Defi’ and (whisper it please) he also orchestrated the overture to the opening ceremony of the 2009 Eurovision Song Contest!

Those last few items provide clues to the music that Wraight’s put together with Webster on this album. Yes… it’s cinematic in its scope. Dramatic and symphonic in places, it takes inspiration from people like Quincy Jones, Gil Evans, Billy May, John Barry and Burt Bacharach.

The album opens with ‘A World Of Fire’ – a building, ethereal instrumental that has traits of Bacharach’s ‘At This Time’ album about it and ends with a sophisticated jazz lounge vocal – ‘Nature And Light’ which features Emilie Chick, who brings just the right amount of 50s cool to the track. In between there’s sweeping, cinematic themes (‘Hard To Say’ and ‘The Vulture’), a whispered, intimate ‘The Ruins Of Britain’ (Emilie Chick again), a stark male vocal, ‘Lost No More’ featuring Detroit singer Paul Randolph and more lounge items. The LP’s set piece though is the ambitious ‘Rise’. It’s a semi-spoken piece that builds dramatically via a symphonic choral passage – Gregorian Chant meets ‘Carmina Burana’.

With such complex cuts, it’s easy to work out why ‘No Lucky Days’ was four years in the making… a big album from a big, big band!