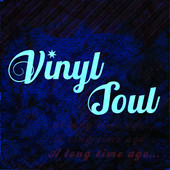 Vinyl Soul describe themselves as an indie, neo-Latin soul band. Formed in Los Angeles in 2005, their core consists of guitarist Nambo and singer John Patrick and their debut LP, ‘Dream’ was well received on the soul underground. In 2005 they temporarily relocated to Japan – playing small clubs and even busking to find some kind of a break. That break came when they appeared on Japanese network TV – a gig that led them onto a prestigious appearance at the Cherry Blossom Music Festival. Now back in the States, the band have just issued this new set and for a low budget indie album it’s remarkably good – especially if you’re a fan of organic, song-led music with an old school soul undertow implicit in the band’s name. Moreover, in Patrick they boast a fine blue-eyed soul vocalist.

Hear him at his best on the ballads – notably the gentle opener ‘What If I?’ and the summery, Spanish language slowie ‘Te Olvidare’. Elsewhere there are plenty of gentle Latin sawyers (listen up to ‘Have You Ever’ and the romping ‘Spanish Fly’). There are more summer vibes on the reggae-influenced ‘Freedom’ while for pure, adult orientated pop ‘Jennale’ and ‘Wait My Love’ are hard to beat. The set’s completed by a pair of acoustic bonus cuts. ‘Where To Go From Here’ and ‘No Quiero’ make for a relaxing finish to decent indie album. Find out more? Go to www.vinylsoulmusic.com