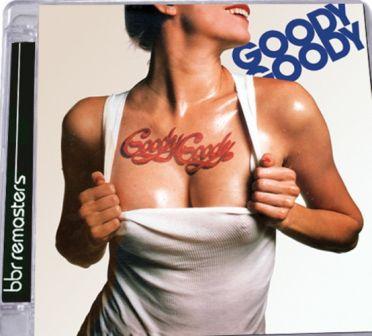 Vibraphonist and percussionist, Vince Montana Jr is one of the great architects of the Philly soul and disco sound. Born in South Philadelphia, his music career began on the jazz club circuit where he played with the likes of Charlie Parker, Sarah Vaughan, and Clifford Brown. In the mid 50s he returned to Philadelphia and helped Joe Tarisa set up the Sigma Sound studio where he soon began working on sessions with Gamble and Huff, eventually playing on countless Philly classics.

For reasons never best explained Montana fell out with the duo and joining the Cayre Brothers, he helped set up Salsoul Records… and outlet for, amongst others, the Salsoul Orchestra whose six albums were helmed by the vibes man. In 1978 he left Salsoul for Atlantic where he launched another studio band, Goody Goody, who were fronted on vocals by his daughter Denise.

That eponymous band’s hard-to-find, collectable 1978 LP has just won reissue via bbr. Given the date and Montana’s pedigree you can probably guess the album’s signature sound… yep, bob on…. it’s disco, disco all the way! And sadly from a soul perspective it’s lightweight disco at that. Somebody once called it “Love Boat” music and if you remember that dire US TV series you’ll understand where he’s coming from.

The album/band’s title cut is a frothy, light rendition of the old jazz standard and daughter Denise warbles politely through the lyrics but it’s pure pop dance for the bourgeoisie. And that could just about describe everything here. What just about saves things are the clever arrangements and the odd sparkling Montana vibes solo.

As with most modern reissues you get the original album along with a set of bonuses. Here, it’s remixes of the album singles ‘#1Dee Jay’, ‘Super Jock’ and ‘It Looks Like Love’.

Vince and Denise made one more LP for Atlantic, ‘Montana’. It featured a great version of ‘I Love Music’…. head and shoulders above everything here!