Verve – The Sound Of America (Thames & Hudson) by Richard Havers 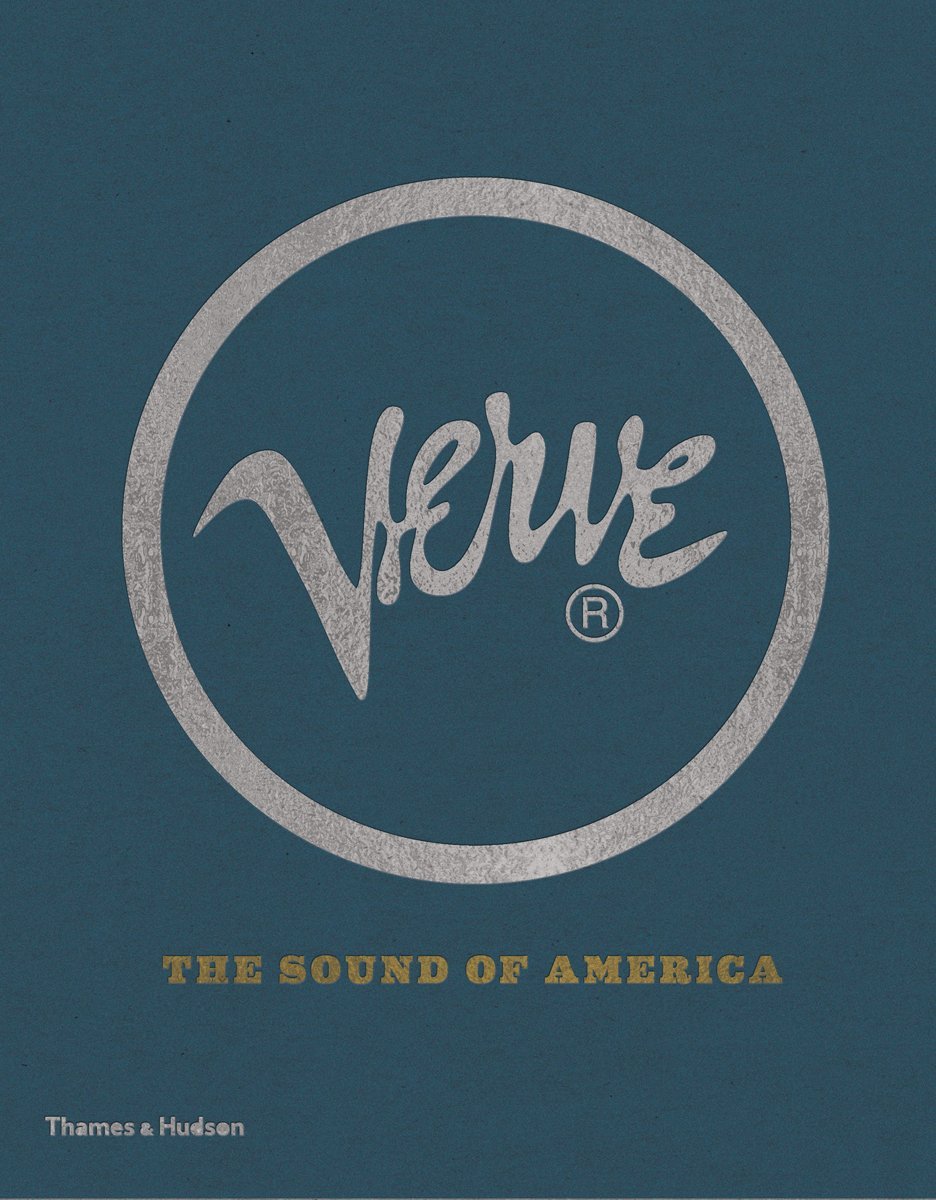 Though not as iconic as Blue Note or Impulse, Verve is nevertheless one of the key record companies in the history of jazz. It was founded in 1955 – ostensibly as an outlet for the recordings of Ella Fitzgerald – by Norman Granz, a savvy music entrepreneur who had taken jazz from seedy nightclubs into the rarefied ambience of classical music concert halls with his groundbreaking Jazz At The Philharmonic (JATP) concerts and tours. Significantly, Granz, who had also previously run two fairly successful independent jazz labels, Clef and Norgran, in the late ’40s and early ’50s, was Fitzgerald’s manager and had lofty ambitions for his protégé that the singer’s previous label, Decca, couldn’t fulfil. At Verve, and with Granz at the helm, Fitzgerald’s career truly blossomed with her ‘American Songbook’ themed albums (a concept conceived by Granz) and then quickly grew into a leading jazz label with the acquisition of musicians such as Clifford Brown, Billie Holiday, Oscar Peterson, Dizzy Gillespie and numerous others.

This new book, a 400-page illustrated chronicle of Verve’s history, is a mandatory purchase – not just for jazz fans but scholars of popular music. Packed with over 1,200 archive pictures (photos, drawings and LP cover art), the book is a visual feast from beginning to end with UK author Richard Havers – who was behind ex-Rolling Stone Bill Wyman’s Blues Odyssey book a few years ago – providing the text and tying everything together with his cohesive and authoritative narrative. It’s a weighty tome, certainly, but don’t let that put you off. It lacks the arid, pseudo-intellectualism that characterise so many jazz books and due to the way that it’s structured – with sectioned-off individual profiles of key Verve recording artists and albums – it’s undoubtedly a book that can be dipped into casually as well as read avidly from cover to cover.

Arguably the most fascinating period in the label’s history was in the 1960s when producer Creed Taylor took the helm (Granz sold Verve to major label MGM in 1960) and transformed Verve into a hit-making company, thanks to commercial-oriented records by Jimmy Smith, Cal Tjader, Stan Getz, Astrud Gilberto, and Wes Montgomery. In the latter half of the same decade, Verve also signed rock and pop acts – including Frank Zappa’s Mothers Of Invention – but was less successful at marketing them. In the 1990s, Verve, which had long been dormant, was re-activated under the aegis of the Universal Music Group and signed then rising jazz stars Diana Krall and Roy Hargrove. Though the label is still active as an imprint of Universal, it’s the Verve of the ’50s and ’60s that fascinates most and the myriad photos and illustrations accompanying Havers’ limpid prose bring the story vividly to life (The book, by the way, is perfectly complemented by a 5-CD box set, ‘The Sound Of America: The Singles Collection.’)