VERNON GARRETT: The Story Of … (Tramp) 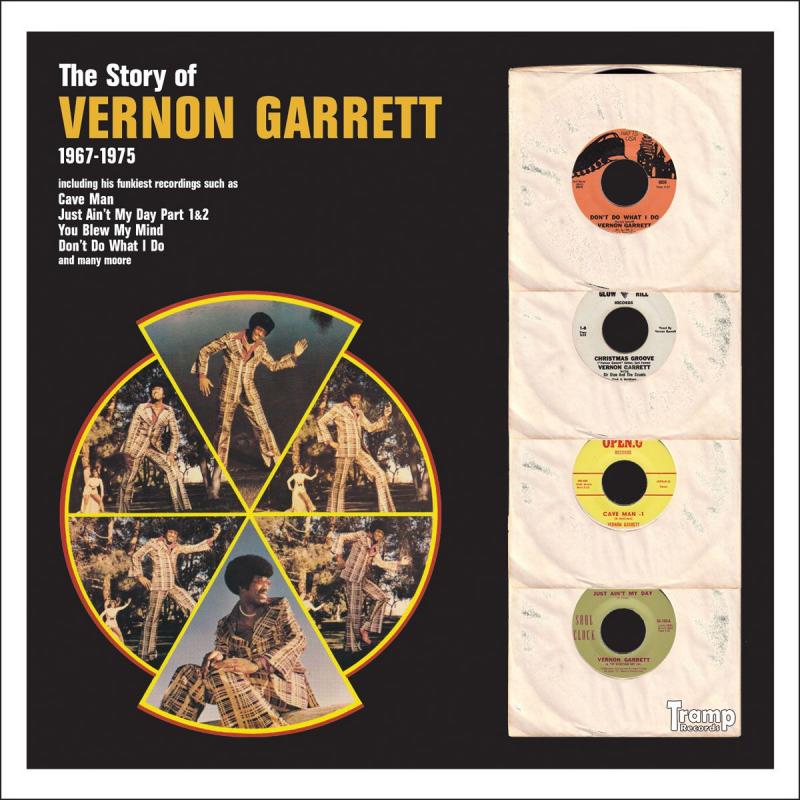 Vernon Garrett hails from Omaha, Nebraska and began his musical career in gospel – eventually working with the legendary Swan Silvertones. He then went into the US Navy and after serving in Korea he joined secular vocal groups The Mixers then the Sliders. Then after marrying vocalist Jewel Whitaker, he worked with his wife as a “sweetheart” duo. After Jewel’s premature death Vernon decided he wanted solo stardom. Stardom, of course, sadly never beckoned. But over a lengthy career he cut some remarkable down-home blues-based soul and you can catch up with some of it on this 15 tracker from German specialist label Tramp.

The music here focuses on the period 1967 – 1975 and includes material from labels like Glow Hill, Kapp, Watts and Grenade. Though he worked chiefly out of Los Angeles his work has all the authentic, rough-hewn feel of Southern soul, whilst vocally his sound, in places anyway, comes across as a hybrid of Bobby Bland and BB King. Hear it at its best on the rare 45 ‘We The People In The Ghetto’ which the singer recorded in 1970 with the Soul Messengers. Other noteworthy items are the raw and very funky ‘Just Ain’t My Day’ and the rough and ready ‘Escape’. The set also boasts the incredible ‘Merry Christmas, Baby,’ and the almost instrumental version, ‘Christmas Groove’ – both proving that Christmas doesn’t have to be all snow and tinsel. In short this Tramp 15 tracker is a wonderful collection of funky, gritty soul music… lacking in commerciality, sure, but with bags of appeal for fans of real, raw soul.