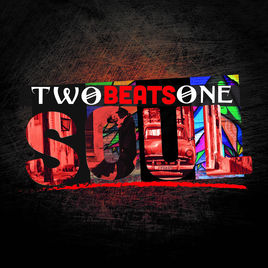 The 13 track ‘Two Beats One Soul’ album is an exciting and imaginative project that was birthed by Ray and Vivian Scott Chew. Both are music industry veterans with a love of Caribbean and Cuban music and culture. Vivian, in particular, is known for introducing the music of Jamaica to the mainstream US audience. Here, with working partners, Mark and Cathy Grier, they turn their attention to the music of Cuba – focusing especially on how Cuban music has fused with American sensibilities; in essence – how “two beats” have created “one soul”.

To help them deliver the concept, the team have drafted in what seems like a cast of thousands who between ’em have garnered 16 Grammy Awards! Amongst the contributors are Shaggy, Latin pop stars Jean Rodriguez and Anané, Cuban stars Ruben and Gabriel Rodrigues, Xlomara Laugart and Milagros Hodelin and American soul and pop stars Eric Benet, Jon B and Josh Milan.

And it was the Josh Milan-vocalised track ‘The World Is A Family’ that was chosen as the first single from the set. Helmed by the redoubtable Louis Vega, musically and lyrically it encapsulates the spirit of the whole album… with an appeal that goes right across the board. No wonder it was chosen as the album-heralding single! There’s more great Louie Vega mixes of the tune available too… check them out! I’m guessing that the soul fraternity will also single out the sensual ‘Havana Moon’ from Jon B and Eric Benet’s ‘The Rhythm’. Benet has never sounded better; he has his own album out right now, by the way – watch out for a full review very soon!

Those three songs have English lyrics, but even if you don’t “have Spanish” you can’t help but be moved by things like ‘En La Habana’ from the Rodrigiuezs and the lovely ‘Me Enamore’ from Milagros Hodelin. Fans of Gloria Estefan will love this one and I don’t really know what it all means, but it gets my vote!

The PR people call this album “a love letter to Cuba’s rich musical influence”. You can make up your own minds… but I just wish I could pen love letters like this! Barack Obama relaxed relations with Cuba… who knows what Mr Trump will do… in the meantime break open the Bacardi, take off your shoes, forget the oncoming European winter and enjoy some great, warming, life-affirming Latin sounds!