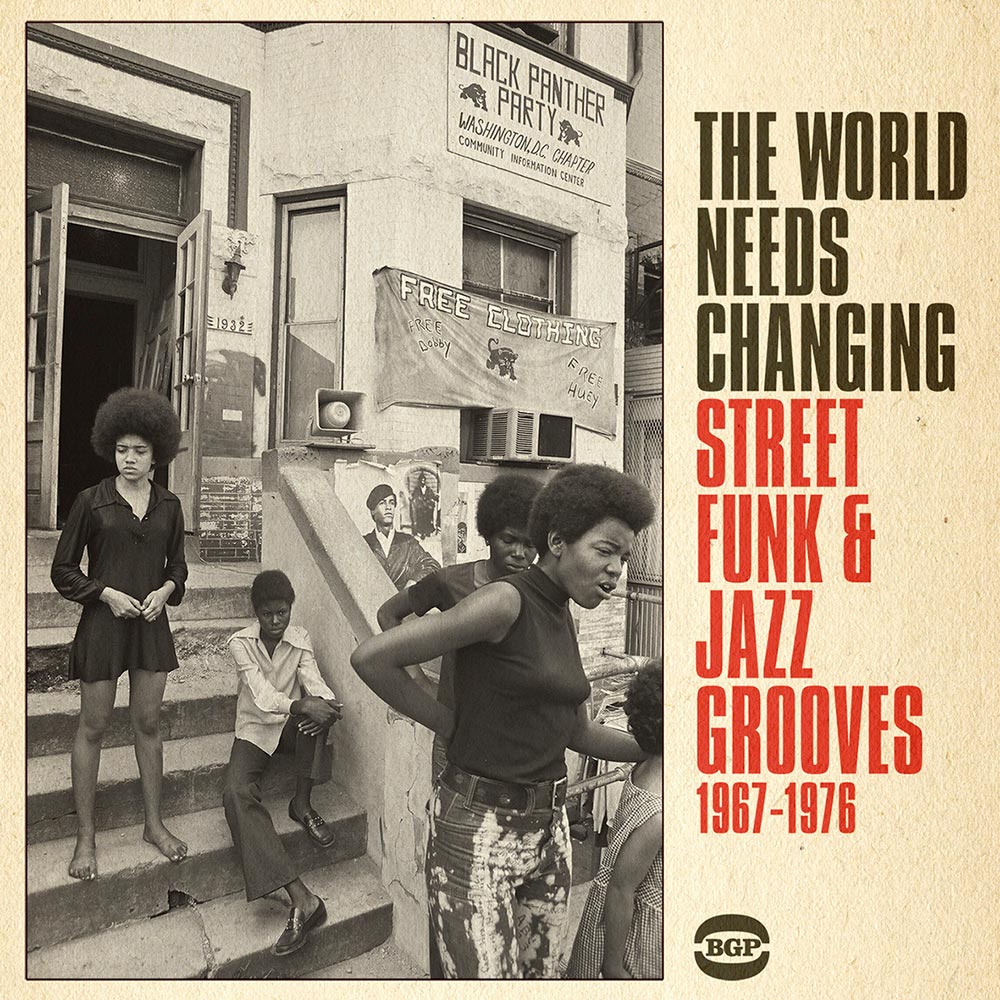 Ace/BGP’s latest compilation focuses on black American music from the late 60s to the mid 70s – a period when musicians across all kinds of genres were responding to the social, economic and cultural changes that were affecting the black community. Those changes – amongst them the break-up of old neighbourhoods, the impact of returning Vietnam veterans, rising unemployment, the mushrooming of the drug culture, the rise of a new black intellectual class and the evolution of economically-driven ghettos – made for an explosion of new, exciting soul, jazz and funk… think Marvin Gaye, Isaac Hayes, Stevie Wonder, Curtis Mayfield, Norman Whitfield and so on. Though this 20 tracker doesn’t feature anything by those iconic “names”, much of what is on offer here is as creative and challenging as the music of that fearsome fivesome.

The most well-known track on ‘The World Needs Changing’ is Lonnie Liston Smith’s ‘Expansions’. Smith’s music (often dubbed “cosmic jazz”) reflected his search for an inner, spiritual well-being as a response to the turmoil of the epoch. The tune became THE signature sound of cosmic jazz and it’s remained a club classic for over 40 years. Out of the same stable (Flying Dutchman Records) we also get Leon Thomas’ Latin-tinged ‘Just In Time To See The Sun’, Caesar 830’s tough ‘See Saw Affair’, Esther Marrow’s brash ‘Walk Tall’, Brenda Jones/Groove Holmes’ bright ‘This Is Me (Not The You You)’, Harold Alexander’s very odd ‘Mama Soul’ and label boss, Bob Thiele’s big band bash ‘Head Start’.

Interesting tracks from other sources include Little Eva’s medley of two Motown classics ‘Get Ready’ and ‘Uptight’ and Funk Brother Johnny Griffith’s ‘Do It’ – the enhanced backing track to Billy Sha Rae’s ‘Do It’ which was released on fellow Funk Brother Jack Ashford’s Triple B label. The Eva track is particularly noteworthy in the context of the album since its shows how the pop puppet of ‘Locomotion’ fame had toughened up with the changing times. She brings the two Motown classics in her medley down to street level – urgent, tense and rough … no wonder the cut has recently become a club classic.