VARIOUS: The Real Sound Of Chicago And Beyond (bbe) 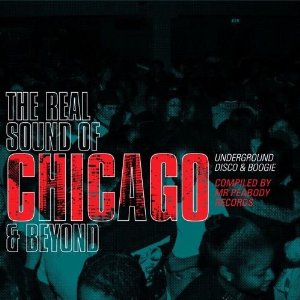 Chicago is a vital location in the evolution of soul music and in more recent years it’s often been cited as the birthplace of dance and house music. Two DJs whose support that claim are Mark Grusane and Mike Cole whose passion for music goes way beyond playing it out. Seasoned crate diggers and committed collectors, the pair eventually opened up their own record store –Mr Peabody’s. The Chicago store has been in business for just seven years and it’s proving a Mecca for collectors and dance heads who know that the owners can be relied on to stock the very best and most eclectic of sounds. Their work as floor-filling DJs and compulsive collectors has led them on to this new collection which looks at the roots of the Chicago dance scene. Grusane and Cole have dug deep into their respective boxes and the back rooms of their shop to come up with 23 cuts that can’t properly be defined as “house music” or “dance”… but they’re all eminently danceable: the collection’s sub-tilting dubs it “Underground Disco and Boogie” and if we added “soul” to the list, we’d be getting there!

The album’s first CD contains the music from Chicago specifically and it veers from some quite lovely sweet soul like Oscar Strickland’s ‘Changing With The Times’ through to the unashamed disco of Kenny Wells’ ‘What You Got Left For Love’. The set’s second CD offers music from the “Beyond” in the set’s title and the notes offer nothing more specific than that. There’s a lot of sweeping disco sounds here too and a number have a hint of the Philly sound about them – I’m thinking the instrumental ‘Mugged By Love’ by Nate Williams. There’s also a disco version of ‘I Only Have Eyes For You’ from the Energy Commission…. one of those things you either love or hate! By now you’ve probably guessed that none of the artists are big or “known” names. They’re all might-have-beens, but that doesn’t make their efforts any less worthwhile – especially if you’ve a penchant for the up-tempo garnished with the eclectic.