VARIOUS: The Other Side Of The Trax (Kent) 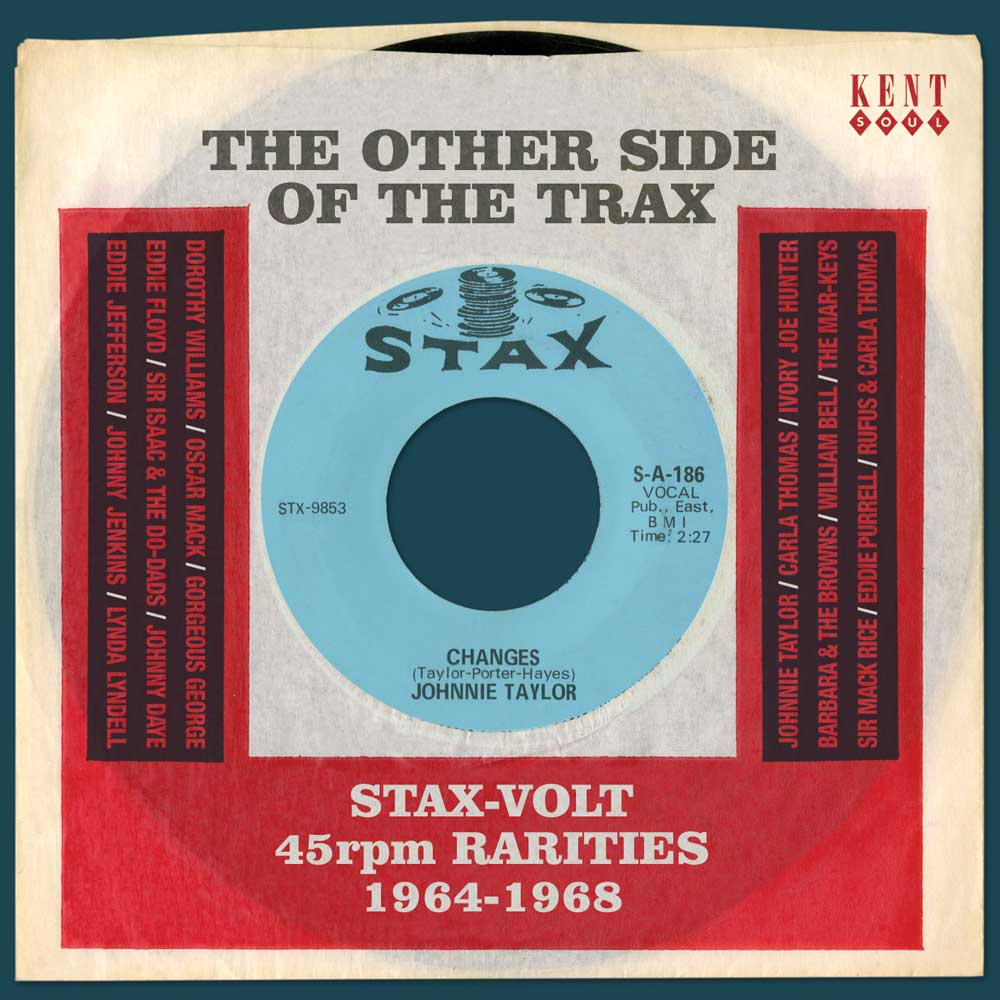 Ace/Kent continue their thoughtful stewardship of the Stax back catalogue with this marvellous compilation that collects together two dozen cuts from Stax’s “Blue Period”… when the Memphis indie was distributed by Atlantic and the record centre labels were that special pale blue, topped with the wobbly pile of records.

Interestingly none of the selected 24 cuts have ever appeared on CD before. The reason is simple…. all the tunes were originally single B sides and where the respective A sides have probably been anthologised to death theses B sides have long lain neglected. That’s not to say that the music is inferior in any way. People who can still remember the heyday of the 7″, 45 will tell you that the B sides were just as important as their better known flips and labels like Stax always paid a very special attention to what was placed on the so called B side. They had a reputation to maintain after all.

‘The Other Side Of The Trax’ is topped and tailed by Johnnie Taylor. He opens proceedings with the lively Hayes/Porter song ‘Changes’ and closes the album with Homer Banks and Allen Jones’ ‘Strange Things’. Both are rough and ready and though lacking the sophistication of some of his “Yellow Period” recordings, they show a man who helped define 60s soul while the Booker T-led house band are in fine form on both.

Other featured artists include Carla Thomas, Rufus Thomas, William Bell, The Mar-Keys and Eddie Floyd while Isaac Hayes appears as ‘Sir Isaac and the Do-Dads’ with a rocking instrumental called ‘The Big Dipper’

In terms of Stax history perhaps the most significant track is another instrumental called ‘Bashful Guitar’ from Johnny Jenkins. Jenkins pitched up at Stax from Macon in 1963 to cut a single. He was driven to Memphis for the session by a certain Otis Redding who sat in the studio while his boss made his guitar wail. During the session Steve Cropper struck up a conversation with the young Otis and got him to sing… and the rest…. well, it’s stuff of legends.

Nothing here from Otis, by the way, but that doesn’t make this look at early period Stax any less significant and for those who like to know these things all the tracks are taken from the original singles masters, with the exception of Johnnie Taylor’s ‘Changes’, which appears in a new stereo mix. The rest are the way they were meant to be heard – in pristine Memphis mono.