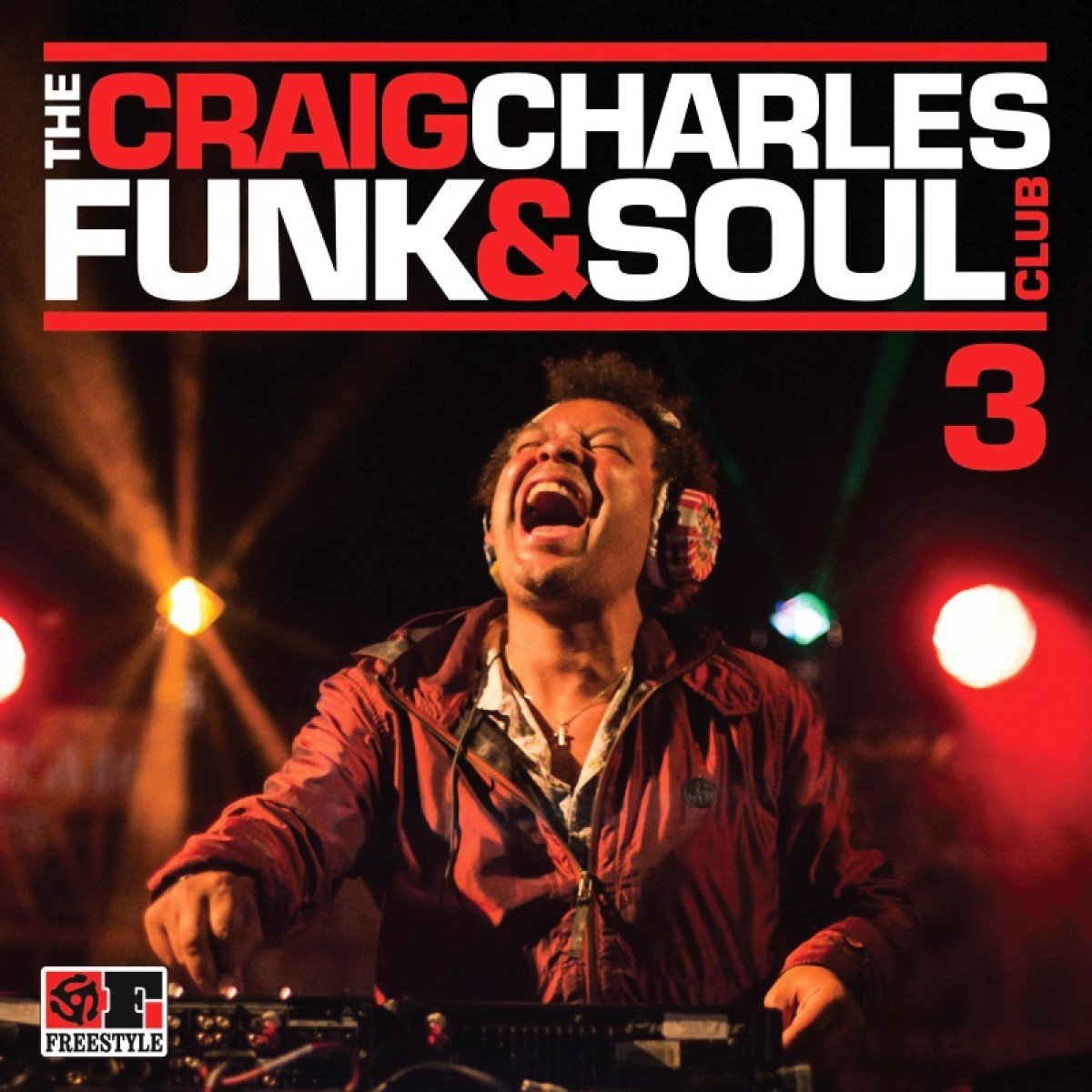 Fondly remembered for his role in the cult ’80s/’90s sci-fi comedy, ‘Red Dwarf,’ these days actor Craig Charles is a regular member of the cast of ITV’s long-running soap drama, ‘Coronation Street.’ He’s also carved out a creditable parallel career as a taste-making funk and soul DJ with his own show on BBC Radio 6. While Charles girds his loins to prepare for a plethora of unpleasant challenges that await him in the Australian jungle – he’s just signed up to be on the new series of ‘I’m A Celebrity Get Me Out Of Here,’ which airs this Sunday, November 16th – he’s left behind a third instalment of carefully-selected choice cuts that should appeal to funk and soul connoisseurs.

The inclusion of the Afro-beat-inspired ‘Accra City People’ by Sena Dagadu underscores the international flavour of a compilation that presents soul and funk in all its varied hues. It’s a truly kaleidoscopic collection, then, and one whose euphoric, upbeat vibe is crystallised by the inclusion of Speedometer’s delightfully groovy instrumental take on Pharrell Williams’ global blockbuster ‘Happy.’ So whether you’re a soul and funk aficionado heading for the dance floor armed with talcum powder or just content to be an armchair listener, this collection will hit certainly the spot.