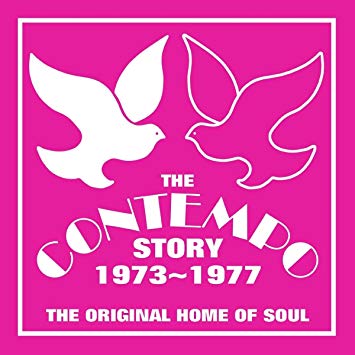 Once upon a time a long time ago there was a soul music fanzine called ‘Home Of The Blues’. It was the creation of soul fanatic John Abbey. The hand produced mag soon morphed into the glossy ‘Blues And Soul’.The timing was perfect; B&S chimed with the explosion of soul and it soon became the genre bible – not just in the UK but worldwide. Abbey and the subsequent editor, the genial Bob Kilbourn, knew the business and also loved the music and they employed writers who shared the knowledge and the passion – people like Dave Godin, Ralph Tee, Richard Searling, David Nathan, your truly and my esteemed Soul And Jazz And Funk colleague, Charles Waring. Indeed for many years Charles and I were the magazine’s chief soul writers and reviewers.

Sadly as the internet age dawned and evolved, like many music magazines, B&S went bankrupt and folded. The B&S “brand” relaunched some years ago as a web site and occasional magazine. The new owners admitted they knew little about soul and indeed in the soul world the “new” B&S is regarded as lightweight – a very pale shadow of its famous former self.

When it was its “former self”, B&S was a byword for excellence in soul journalism; it enjoyed a large readership and soul artists and labels fought for inclusion in its pages. Back then, though, hard to believe, much of the music that was featured in B&S was impossible to find. Only selected soul records were ever released in the UK, imports were expensive and, of course, the digital age was eons away! Logical, therefore, for B&S to help make soul more readily available. Abbey began by working as a consultant for labels but then hit on the idea of having his own B&S linked label… first there was the short lived Mojo and eventually Contempo.

The Contempo label existed between 1973 and 1977 and served the soul public admirably, issuing over 150 singles (a few LPs too). This new 3 CD box set Contempo retrospective offers 63 of the very best Contempo releases – some are soul reissues of hard-to-find classics, some were licensed from US labels and some were specially recorded to meet a demand. Amongst the reissued classics are soul masterpieces like Bob and Earl’s ‘Harlem Shuffle’ and Bettye Swann’s ‘Make Me Yours’. They’re featured cheek by jowl with rarities like Richard Temple’s ‘That Beatin’ Rhythm’ (the “Jimmy Conwell” backing track to it, ‘Cigarette Ashes’ is also included by the way) and Juggy Jones’ quirky instrumental, ‘Inside America’ – a far cry from the sounds on his groundbreaking Sue label from an earlier era.

Maybe the most interest comes from the tracks that Contempo commissioned themselves. Amongst those are cuts from soul icons Major Lance, Sam & Dave, Oscar Toney Jr and JJ Barnes all of whom Blues and Soul/Contempo brought over to the UK to perform and record. Anoraks/collectors and all shades of soul lovers will find loads to enjoy and intrigue… for instance ‘Cross The Tracks’ by “The Massai’ is actually a recording by the JBs while if you want real rarities, try ‘Jump The Gun’. This is the only known recording by Mike Conteh…. bother of world boxing champ John Conteh! Then there’s the Phil Perry-led Montclairs with ‘I Need You More Than Ever’. The excellent sleeve notes from the aforementioned David Nathan gives you all the details…. great stuff, great memoires.