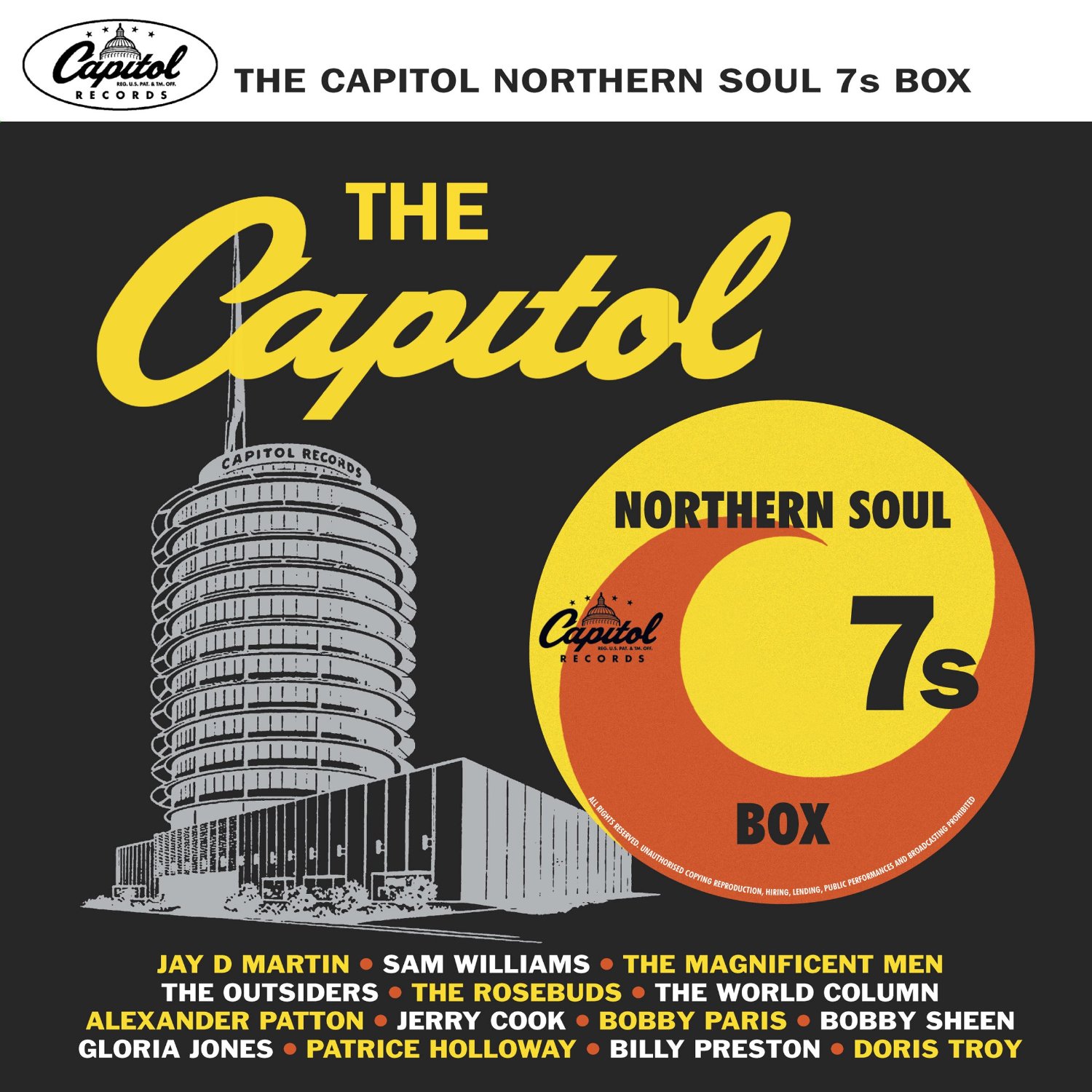 A companion release to Universal’s excellent vinyl box set,  ‘Chess Northern Soul’ – both are released on July 24th – this collectable assemblage curated by the estimable Richard Searling couples fourteen classic and rare Northern Soul tracks originally released on the Capitol label (or some of its smaller imprints/subsidiaries/affiliates) between 1965 and 1969 and spreads them across seven singles.  J. D. Martin’s impossibly obscure floor stomper, ‘By Yourself’ – which was big on the Northern Soul scene in the ’70s and receives its first ever official UK pressing here – is paired with the more intense soul balladry of Sam Williams’ ‘Love Slipped Through My Fingers.’ Another kinetic floor filler, The Magnificent Men’s ‘Keep On Climbin” is a seminal slice of driving Northern Soul and is backed with a similar high energy track, The Outsiders’ brassy ‘A Lonely Man’ (which, after being much bootlegged, gets its first legitimate UK release).

Alexander Patton’s Motown-esque ‘True Love (Is In The Heart)’ is one of the set’s most desirable cuts and makes it world debut in vinyl form. It’s a great cut led by Patton’s raspy vocal. Another obscure male singer, Jerry Cook, delivers a great performance on the pounding ‘I Hurt On The Other Side,’ whose brass charts recall Martha & The Vandellas’ ‘Nowhere To Run.’ By contrast, blue-eyed soulster Bobby Parris’s ‘I Walked Away’ echoes with shades of Frankie Valli & The Four Seasons while another Bobby – the St. Louis-born sweet-voiced soul man, Bobby Sheen, who worked with Phil Spector in the ’60s – slows things down with the swaying beat ballad ‘Sweet, Sweet Love.’ The most familiar male singer on the compilation is Billy Preston, whose mid-’60s side, ‘Sweeter The Girl’s Got It,’ boasts an infectious Hitsville vibe.

Though the ‘boys’ dominate the music on this collection, there are three sides by the ‘girls’ – the most notable being Doris Troy’s plaintive ‘Face Up To The Truth,’ which appears on a UK 7-inch for the first time. Patrice Holloway – younger sister of Motown cult heroine Brenda – delivers the hip and moody but ultimately blissful ‘Stolen Hours’  and Gloria ‘Tainted Love’ Jones oozes soul power on ‘Come Go With Me.’ Also listen out for girl group, The Rosebuds, whose catchy ‘Say You’ll Be Mine’ sounds like something that Berry Gordy’s label might have issued in the mid-’60s.

Slightly out-of-kilter style-wise with the rest of the collection is the super-funky ‘So Is The Sun’ by group The World Column, who sound like an amalgam of Sly & The Family Stone and the Norman Whitfield era Temptations.