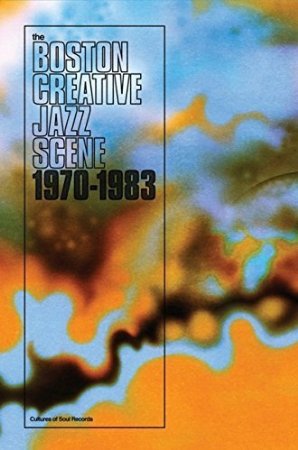 As archival releases go, this new Cultures Of Soul compilation is a unique one; its packaging as singular as the music it represents. Coming in the form of 78-page illustrated paperback book with a CD insert (there’s also an LP version), it features an illuminating essay by trumpeter/composer Mark Harvey, a leading light of Boston’s vibrant but largely overlooked avant-garde scene. The retrospective spans a thirteen-year period and spotlights super-rare, limited edition private pressing albums made by local musicians.

The eerie music of Harvey’s own ensemble (they supply two cuts, ‘For Margot’ and ‘Tarot: The Moon’) is featured alongside some mesmerizing grooves (‘Sketch’ and ‘Road Through The Wall’) by Thing, an avant-funk troupe led by saxophonist and flautist, Arnie Cheatham. A brace of songs by reed man Phill Musra and his group are considerably more outré. Their best number is ‘Egypt’ – taken from the super-rare ’74 album, ‘Creator Spaces’ – which is a bucolic, Pharaoh Sanders-esque piece dominated by dueling flutes. By contrast, a group called Worlds deliver street poetry a la Gil Scott-Heron over a jazzy, funk-infused backbeat on the socio-political message song, ‘9 Degrees Black Women Liberation.’ Closing this fascinating collection is producer Stanton Davis’s Ghetto Mysticism, a funky ensemble who reconfigure Danish saxophonist Jan Garbarek’s ‘Play Sleep’ as a dreamy, urban tone poem.  A great read and a great listen.