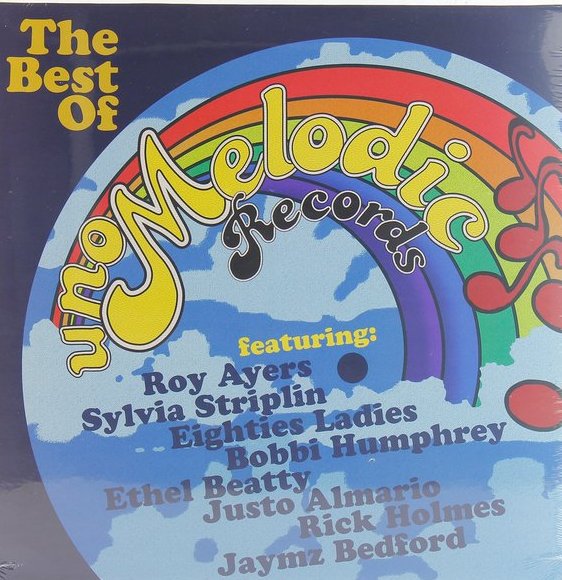 Now a remarkable 78, Roy Ayers needs no introduction to readers of these august pages! However, I wonder just how many people know that for a time Mr A ran his own record label…. Uno Melodic. He set up the label in 1980 whilst he was pacted to Polydor where by the end of his tenure he was becoming a little frustrated by lack of control. His own label would give him just that. To that end he was keen to have work at the label people he knew and trusted… people he had confidence in and who had confidence in him and his musical abilities and ideas. Sadly in business, reality often trumps sentiment and after three years the label folded. However in that time, Ayers and his team released some mighty fine music… much now, of course, hugely sought after.

If you’re not too au fait with Uno Melodic, this new remastered album from Expansion will acquaint you with the best of the label’s output. Label boss Ralph Tee (working with both Roy Ayers and Uno Melodic manager Dennis Armstead) has assembled a generous 15 tracks that represent exactly what Uno Melodic was all about.

The album offers three cuts from Ayers – including the anthemic ‘Chicago’ but the real interest comes from lesser known artists like Sylvia Striplin, Eighties Ladies and Ethel Beatty. Ms Beatty, for instance, was a well-known session and show singer but she only ever released one single in her own name and both sides are here for all to enjoy and ‘I Know You Care’ and ‘It’s Your Love’ prove that talent and artistry on their own are no guarantee of fame and success.

The other featured artists are Justo Almario, Jaymz Bedford and Bobbi Humphrey… Ayers signed the famous flautist for just one single.

The album ends with a real highlight… a nine minute spoken word item from radio presenter Rick Holmes. ‘Remember To Remember’ was released on Uno Melodic subsidiary Gold Mink and it’s a wonderful, chilled out rambling mini overview of black music, civil rights and Afro-American history and its significance. A fitting end to a lovely CD and for those who like the new fangled format it’s also available in double vinyl… it’ll never catch on!