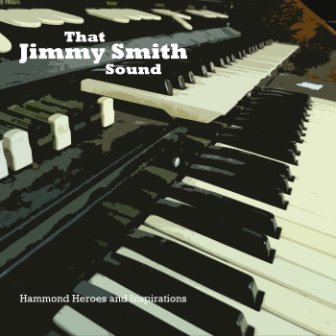 Jimmy Smith was the undoubted hero of the Hammond B3, the mighty, unique, resonating organ invented by Laurens Hammond back in 1934 and his is the marquee name on this archive album from the Cherry Red imprint, Righteous. However, the 13 tracker isn’t a Smith retrospective. Rather, it’s a collection of cuts recorded between 1947 and 1962 (i.e out of copyright) that purports to feature other Hammond heroes like Groove Holmes and Jimmy McGriff. Smith himself does have three tracks on the set…. ‘Back At The Chicken Shack’, ‘Body And Soul’ and the momentous ‘The Sermon’. This 20 minute plus recording was to define his career and helped to lay the foundations of soul-jazz.

Interestingly the collection also boasts three further versions of ‘Body And Soul’. First up is Billy Byers’ 1956 recording which features the mellifluous tones of Coleman Hawkins’ sax. The second version is from another sax man, Don Byas, while the third is from piano maestro Errol Garner. Since none of them feature the Hammond, they’re odd inclusions given the context of the album. I can only surmise that they’re there to highlight the way Smith reinvented the tune but the notes don’t make that at all clear though the album’s sub-title does refer to “inspirations”. You can make up your own minds if these three artists did “inspire” Smith.

There are some great Hammond-led cuts though, like Richard Groove Holmes’ ‘Swingin’ The Jug’, Bill Doggett’s ‘Glo Glug’ and Jimmy McGriff’s truncated version of the aforementioned ‘The Sermon’. They give this confusing album some credibility. Even the sleeve notes are confusing and in places inaccurate. Mojo magazine writer, Dave Henderson talks about the Hammond’s famous “clonewheels”. Any Hammond fan will tell you the heart of the Hammond were the “tone wheels”. “Clonewheels” were developed in the 1990s to allow lesser (electronic) organs to clone the Hammond sound. It’s little things like that ultimately undermine credibility of budget albums like this.