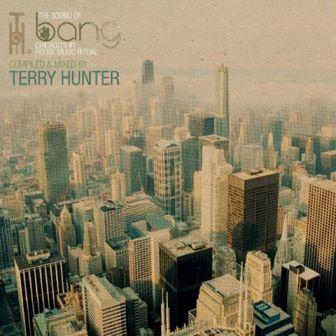 It’s always difficult to know how to categorize these soulful house compilation albums endorsed by super star DJs. This set boasts 14 tracks by 14 separate artists, but the tunes have all been picked and mixed by Terry Hunter… and it’s his name out front on the set. No surprise there though, ‘cos the big Chicagoan spinner is in the Premier league of DJs and it’s his name that’ll sell the set.

El Tel shot to prominence in 2007 with ‘Wonderful’. Featuring big-voiced Terisa Griffin, it became an instant dance floor classic and since then he’s cut music with people like Marsha Ambrosius, Angela Johnson, Kenny Bobien and Avery Sunshine while still maintaining a high profile presence behind the decks at some of the biggest club nights worldwide. In 2011 Terry started his own club night in sweet home Chicago… and his “Bang Sunday” at the Shrine Club quickly soon joined the elite crew of top club nights.

As is the way with top DJs, club nights and party going there’s always going to be the album that supports the night… and here it is! ‘The Sound Of Bang’ is meant to reflect a typical Sunday @ Shrine. Never having been there, I can’t comment accurately on that … but there’s no reason to doubt the hype and if great club nights are all about energized music, soulful optimism and irresistible beats, then it’s all here.

Track-wise, there’s no surprise that Hunter’s chosen some of the music he’s worked on himself (royalties help fuel hat celeb lifestyle after all). So here there’s Terry mixes of Timmy Regisford’s ‘Sometimes’, Ralf Gum/Kenny Bobien’s ‘The Only Way’ and Marsha Ambrosius’ ‘Far Away. Other featured goodies include Masters At Work’s ‘Ekabo’, DJ Spen’s ‘There Is A Place’ and Avery Sunshine’s ‘Ugly Part Of Me’ (the most overtly soulful cut on the set). All are loose limbed, leggy soulful house dancers with hints of Latin and Afrobeat. Hunter mixes everything effortlessly and even adds the odd exhortation himself as one foot tapper neatly segues into the next. He says, “Bang is a state of mind, a state of sound, a state of dance.” There’s no argument here.