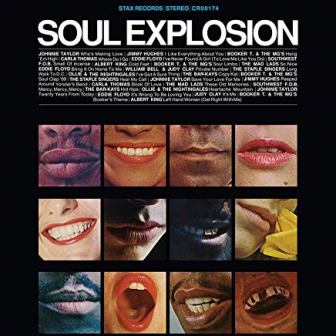 In soul’s storied annals a clutch of labels stand head and shoulders above all others in the importance and evolution of the genre. Amongst that select group is Stax – the leading bastion of Memphis soul. This is not the place to recount the history of the iconic label, save just to say in the label’s story, 1969 was a key year. It was then that Stax ended its distribution and licensing deal with Atlantic to go solo, as it were. Though there was a little problem. Original owners brother and sister Estelle Axton and Jim Stewart had naively, some would say, signed over the rights to much of their music to Atlantic. So, out on their own and brimming with optimism, Stax had little back catalogue of its own to promote. Enter young Turk, Al Bell. Brought in by Stewart and Axton as a CEO, he was tasked with taking Stax onwards an upwards. His first job was to create a new “back catalogue”. He began by commissioning a massive 27 new LPs to be cut in just a few months. Commentators dubbed the idea “the Soul Explosion” and Bell agreed that that was exactly what he was intending.

Heading the “explosion” was a compilation LP – a sort of shop window showing what the new look Stax was all about It was an immediate best seller (compilation LPs were so, so popular back then… remember ‘Motown Chartbusters’?) but it was soon out of print. Now – 50 years after the event – the wonderful album is back with us in all the desired formats, including vinyl.

The album offers all the original tracks – most of ’em well known tunes like Johnnie Taylor’s ‘Who’s Making Love’ and Booker T and the MG’s ‘Soul Limbo’. To tempt collectors, the reissue also includes loads of rarities and lesser known items from Stax stalwarts like Ollie and the Nightingales, the Mad Lads and Judy Clay.

Remember too that ‘Soul Explosion’ was a shop window for Stax and Bell was keen to show that the label offered more that Southern soul… so here, there’s blues from Albert King, gospel from the Staple Singers and psychedelic rock from Southwest FOB (who, anoraks will tell you, later morphed into soft rockers England Dan and John Ford Coley).

The 28 tracker is a wonderful homage to Stax and if you want more, many of those aforementioned 27, 1969 “new age Stax” recordings are being reissued too.