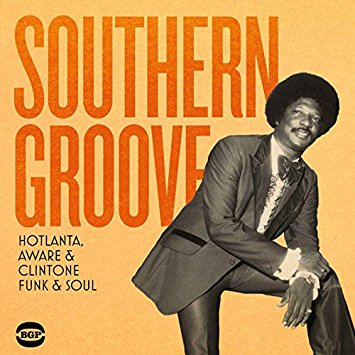 Back in the 70s Michael Thevis was one of Georgia’s best-known “businessmen”. His main business was pornography, though he dabbled in plenty of other sidelines – all of varied degrees of legitimacy. One that was strictly legit (mostly) was music. In 1973 he set up GRC Records in Atlanta which quickly grew the subsidiaries Aware, Hotlanta and Clintone. How serious Thevis was about GRC is open to debate (some commentators suggest it was a money laundering operation) and, interestingly, the label’s biggest hit was a country song – ‘Chevy Van’ by Sammy Jones. However, based in Atlanta, GRC was also home to countless soul performers and there was minor chart success for GRC tunes on people like Ripple, Loleatta Holloway and King Hannibal. By 1975 Thevis’ past was catching up on him (he was arrested on a murder charge!) and his music operation folded, leaving countless recordings in the vault.

Over the years UK reissue specialists Ace Records has released lots of excellent GRC soul material on their Kent subsidiary and now, via their BGP imprint, they offer a selection (22 generous tracks) showing the funkier, tougher side of the GRC output.

The big names on the collection include the aforementioned Ripple and Loleatta Holloway alongside John Edwards (who went on to join the Spinners) and Jimmy Lewis. One of the two featured Holloway tracks, by the way, is her classic ‘Only A Fool’ and for those who like these kinds of things the set also features the cut’s backing track which was released as ‘The Bump’ and credited to Loleatta’s husband, Floyd Smith.

As with most Ace/BGP albums there are plenty of previously unreleased tunes to keep the anoraks happy. Most interesting of ’em is the Family Plann’s early disco workout ‘Let’s Dance’ –not quite as unrelenting as the most of the other offerings.