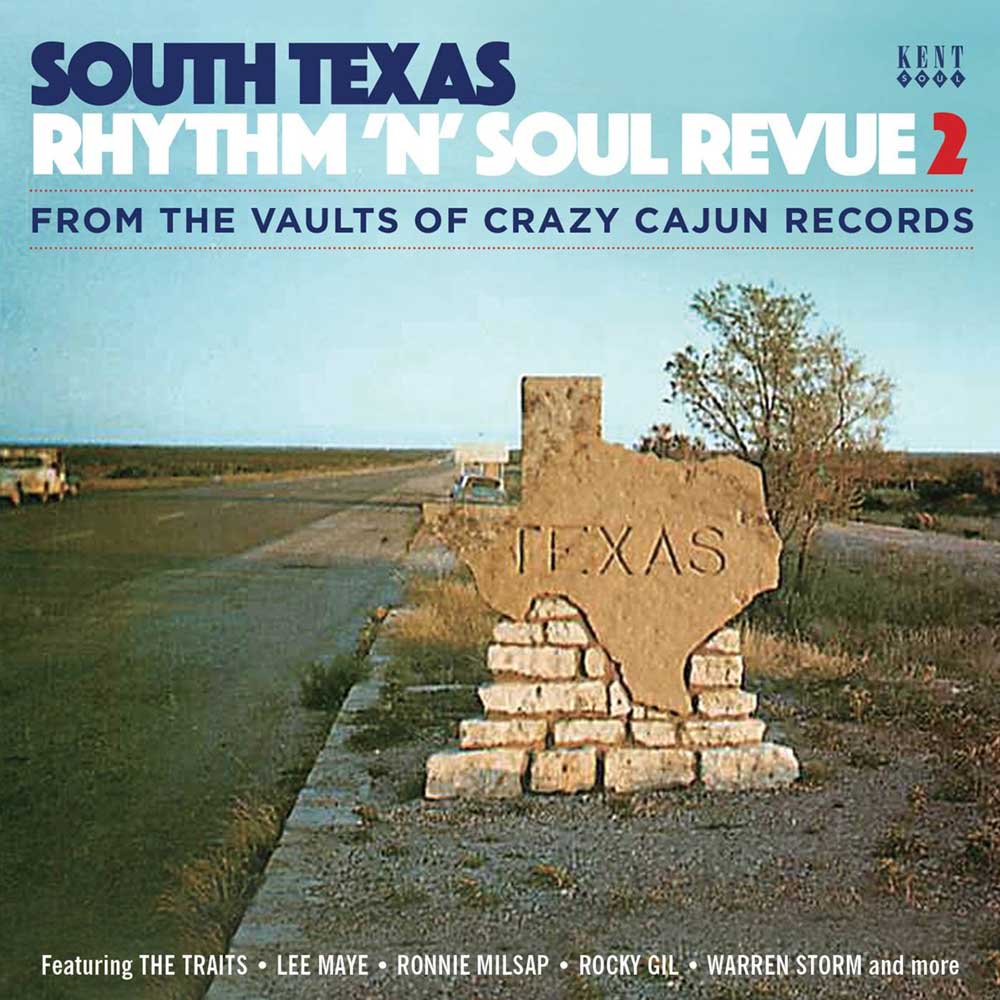 Producer and general music biz hustler Huey P Meaux is a name familiar to soul buffs. His name on a record guarantees old school soul quality and a distinct sound that those who are keen to pigeon hole these things define as “the Highway 90” sound. Highway/Route 90 runs some 1600 miles from Florida to Texas and in the south Texas staging posts of San Antonio, Luling, Beaumont and Houston, various record biz wannabees set up studios to capitalise (they hoped) on the wealth of talent that not only lived in the area but also travelled Highway 90 to get to their various dancehall and juke joint gigs. Chief amongst those ambitious entrepreneurs was the aforementioned Huey P Meaux and on this new 24 track compilation, Ace/Kent collect together a great cross section of productions from Meaux’s Crazy Cajun set up.

Don’t expect too many big names here, but collectors will be delighted to have rare cuts from favourites like Jo Jo Benson, Ronnie Millsap, Jean Knight and Johnny Adams. The Adams’ track is the 1966 outing ‘Spunky Onions’ which sees the “Tan Canary” in unusual funk mode, reworking ‘Land Of 1,000 Dances’. Jean Knight’s cut, ‘T’Aint It The Truth’ offers plenty of interest too. Knight (Jean Caliste) recorded unsuccessfully for Meaux between 1964 and 1967, then when she scored on Stax with ‘Mr Big Stuff’, Meaux recycled her version of the Ernie K Doe song but skilfully grafted on the bass intro from her Stax hit and added some “Ah, Mr Big Stuff” exhortations! Sadly for Meaux, the blatant cash in didn’t work and the record flopped.

Indeed most of the cuts here were never more than small, local hits (if that) while several, as you’d expect, eventually found favour on the Northern scene. Chef amongst those is David “King” Thomas’ version of Major Lance’s ‘Investigate’, while a Northern smash in-waiting is Jo Jo Benson’s ‘You’re Losing Me’. Previously unissued, the Barbara Lynn cover uses the intro to Al Kent’s You Gotta Pay The Price’ before settling into a luscious groove reminiscent of those great Darrell Banks’ 60s sides.

Other album highlights include a pair of searing ballads, the never-before-issued ‘Strange Love’, from the unknown Eugene Gamble and the stark ‘I’m Losing You’ by another unknown, Henry Moore. Lack of notoriety or success doesn’t, of course, make these recordings any less valid. Soul buffs know that and they’ll all relish the gems on offer here!