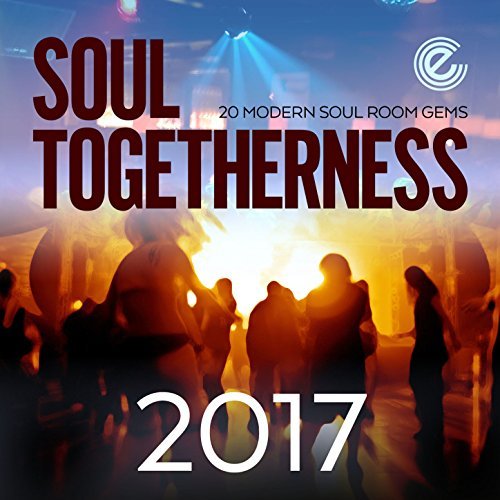 Hard to believe, but the Expansion ‘Soul Togetherness’ series has been going since 2000! You’d think by now that either compilers-in-chief, Richard Searling and Ralph Tee would have run out of ideas by now or that the availability of quality modern soul would start to dry up. But no! This new 15 tracker offers the same sweep of soul excellence that was apparent in 2000 and, indeed, has been there in every subsequent instalment.

That said, this 2017 edition is a tad different to previous sets. Most ‘Togetherness’ compilations, though focusing on new, modern soul, often featured one or two choice oldies. Unless my ailing eyes and ears are playing tricks, I think everything here is shiny new and reasonably current. The oldest track on offer is ‘Doublin’ Down’ by The Jack Moves. This first came out in 2015 and since being aired by Richard Searling it’s become a massive tune on the modern scene. Rightly so… it’s classy, sophisticated and danceable without being frenetic. On most other albums you’d call it a highlight, but here it’s just one amongst many. Right now we’re loving Paul Craver’s 2017 update of the Lou Rawls/Mtume/Lucas song ‘Back To You’ and Thames River Soul’s look at George Benson’s ‘Love X Love’. Kenny Thomas on vocals on this one, by the way. Kenny and the Thames crew are just one of the several Brit soulsters featured. Others include Georgie B’s Groove Association and S.E. L. (Soulful Emma Louise) while the whole album is fronted by ‘History’ from the Los Charly’s Orchestra…. their roots, of course, are in Venezuela, but London’s their home now and they really do light up the capital’s soul scene. ‘History’ is a wonderful opening salvo …upbeat, totally feel good and ultra melodic; add a great vocal and a light disco derived twist and you have a great modern soul recipe…. the recipe that seems to be used for everything here.

We’re told that Expansion are about to launch a new compilation series, ‘Soul Festival’. Volume 1 is out very soon and we’ll bring you a full review asap. Time will tell if the new brand will last as long as ‘Togetherness’ but my hunch is that with the Expansion team behind it, it will!