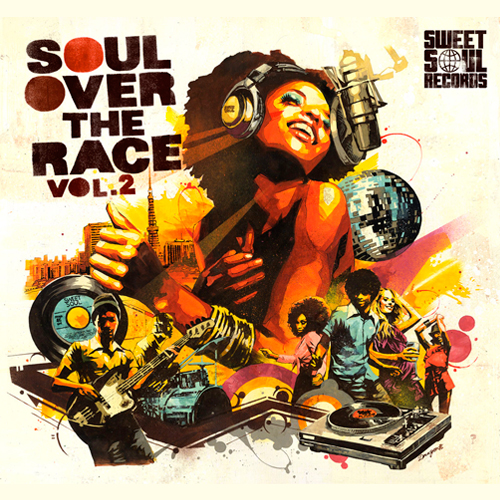 Tokyo’s Sweet Soul Records are trying to re-establish soul’s popularity in Japan. Some years ago soul was big business over there but for reasons largely unexplained the Japanese love affair with soul seems to have waned. Well, with the quality of music on this 12 tracker the Sweet Soul people could be well on their way to fanning that old flame. One of the main planks of their campaign is to release quality compilations stuffed with old soul classics which have been re-recorded by top Japanese musicians and singers.

For this new album the label have asked Nobuo Miyamae, owner and DJ of the renowned “Little Soul Café” in the hip Tokyo suburb of Shimokitazawa, to pick the songs and what a great choice he’s made –mixing well-known classics (like ‘Harvest For The World’) with more esoteric items (like the Johnny Bristol-penned ‘I Wouldn’t Change A Thing’, best known in its Coke Escovedo incarnation) . The names of the featured singers and musicians will mean nothing outside of Japan, but take it from me they do a fabulous job. The players in particular are masters of their craft . The band are first choice for people like John Legend and Stevie Wonder when they tour the Far East and hear their style to best effect on a cool, laid-back yet infectious version of Tom Browne’s ‘Funkin’ For Jamaica’. Vocals on it come from Fasun. She imbues the track with an almost ethereal quality and does much the same but with a jazzy twist to the Supremes’ ‘Bad Weather’.

In essence that the album’s big attraction – making the familiar sound different, fresh even. Case in point is the Emi Hinouchi-vocalised version of the oft-recorded Leon Ware song ‘I Wanna Be Where You Are’… a delight. But then so too is Kaori Sawda’s take on Alice Clarke’s , Bobby Hebb-penned ‘Don’t You Care’. But hey, it’s all good! The concept behind the album is excellent and the execution of the idea is first class and you can enjoy what the Japanese are now lapping up @ www.sweetsoulrecords.com