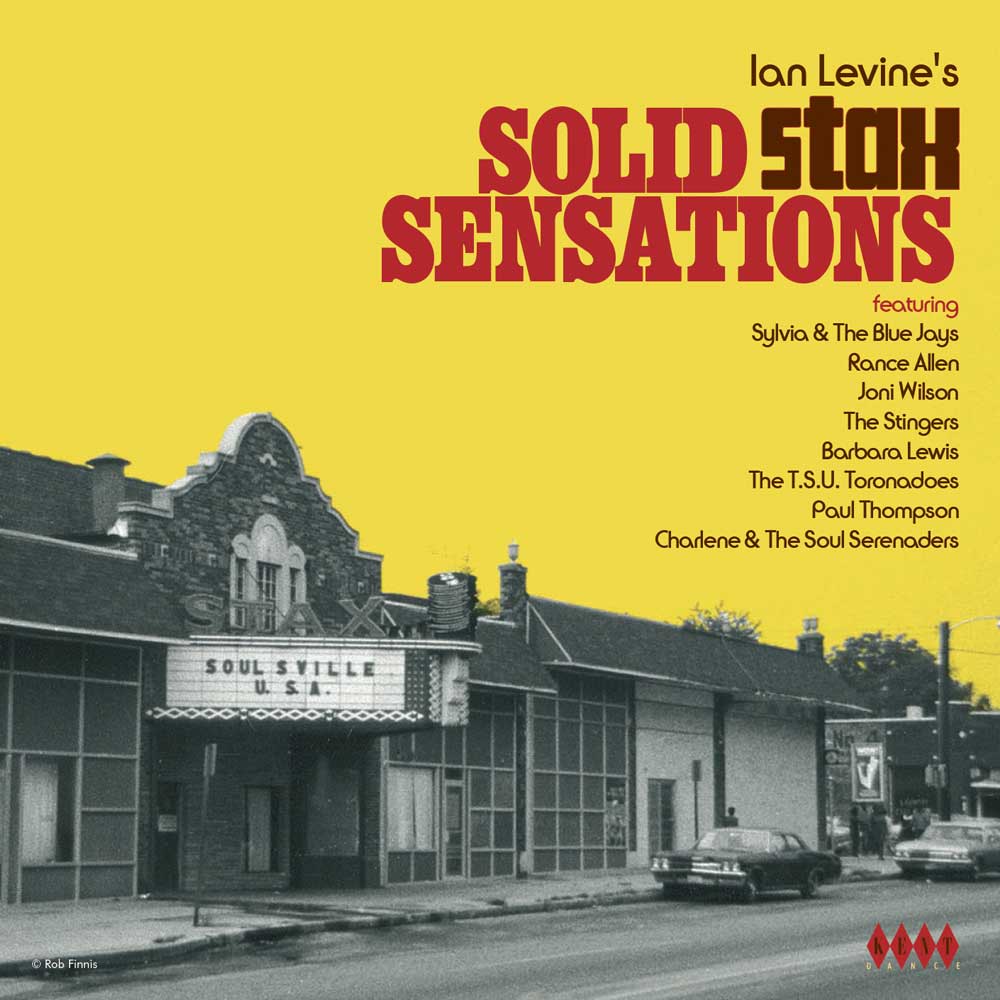 DJ (and many other things of course) Ian Levine rose to prominence in the first flush of Northern soul via his passion for Motown. It was once said that he possessed every Motown single. A rich family and regular holidays in America helped him out in his quest to get the whole Gordy catalogue but young Ian was just as obsessive about Stax and he collected the music of the Memphis label with an equal passion.

The UK reissue label Ace/Kent enjoys a special relationship with Stax and earlier this year the powers that be at Ace asked Mr. Levine to compile an album of his Stax favourites and the 25 tracker is just out and what a cracker it is!

The album features three cuts from the man Levine considers the greatest living soul singer, Rance Allen and after listening to ‘Ain’t No Need Of Crying’ , ‘I Know A Man Who’ and ‘Gonna Make It Alright’ you wouldn’t argue. Proper soul music! Rance Allen, of course, was a Stax mainstay and Levine includes tunes from many of the label’s other big names…. William Bell (‘The Man In The Street’), Margie Joseph (‘On More Chance’), David Porter (‘If I Give It Up I Want It Back) and the Dramatics (‘Your Love Was Strange’). A brace of tunes too from two big names who landed up at Stax in the 70s – Major Lance and Barbara Lewis. Major offers a wonderful sweet Chicago sound, ‘Since I Lost My Baby’s Love’ while Barbara’s song is her quite lovely ‘The Stars’. What a special voice!

The collection also boats magic soul from all sorts of lesser luminaries. My favourite is (and it has been very special to me for over 45 years) Colette Kelly’s sublime ‘City Of Fools’. It’s one of those soul tunes that is impossible to analyse what it is that makes it so perfect… it just is. Sadly no one, not even Ian Levine, knows anything about Ms Kelly, save that she hailed from Baltimore. In the notes Ian says he’d love more from her… wouldn’t we all!

Another “unknown goodie” is the Van McCoy produced ‘Where Would You Be’ from Ilana; then there’s ‘Put Me In The Mood’ from Sylvia and the Blue Jays – a previously unissued gem. We could go on but space inhibits us. Suffice to say this is an unmissable compilation…. the best collection of soul oldies this year!