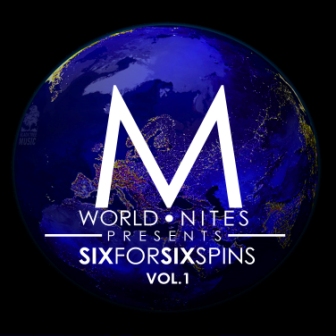 The MAPP label burst through in 2003 with the remarkable ‘My Life’ single by Chanel. The track soon became a staple in modern soul rooms and after being licensed to the Jazz FM label it ended up a world-wide soul smash. At the same time, the label was issuing some mighty fine EPs under the banner ‘Six For Spins’ but maybe because of the energy being put into the Chanel campaign much of the music on those EPs seemed to have been overlooked… a pity because they were stuffed with lots of catchy, foot-tapping modern soul.

Now the label bosses – Dee Makjek and Pat Bedeau – have teamed up with Rick Atari’s Blacktree Music group to resurrect the idea and this new compilation is one the first fruits. To keep faith with the past the album boasts the “Six For Spins” title but in fact there are a generous 16 cuts on the set – some that were featured on the original EPs and the others brand new.

Listening, it’s clear that Majek, Bedeau and Atari totally understand and are comfortable with what “modern soul” is all about. Though their music is new they know that here “modern” doesn’t actually mean absolutely brand spanking new in sound. Like the Cool Million crew they know that modern soulsters have a deep rooted penchant for the past, so they pepper their music with loads of nostalgic references and they don’t hang about – opening with Metropolis’ ‘Lovin’ U’ which is built around the chassis of ‘Nights Over Egypt’. Then there’s Mworld’s ‘One More Drink (featuring the ubiquitous Chanel) ; this one skilfully uses Lucy Pearl’s ‘Don’t Mess With My Man’ while another Metropolis cut – ‘Soul Train’ – works its way around Marvin Gaye’s ‘Music’. The best of the sample free (I think) cuts include the summery ‘Puerto Rican Love’ from Sonia and the soulful shuffle that is McQueen’s ‘Who’s Gonna Love Ya’. Then there’s a remake of Teddy P’s ‘Believe In Love’ from Drew. This take is subtly based on the classic Phat Philly remix which is now hard to locate. Mapp’s solution … remake it – with a twist of course. It’s a great cut – perfectly summing up the spirit of modern soul… as too does the whole album. Find out more at www.blacktreemusic.com