VARIOUS: Serving Up Some Soul (Jasmine) 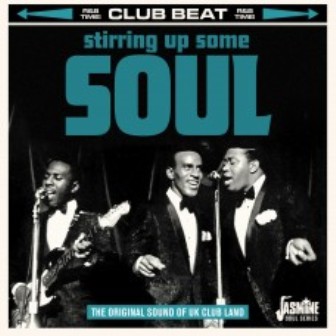 Latest compilation from budget label Jasmine is a superb collection of embryonic soul – 25 memory jerking tracks all released prior to 1963 (the date after which royalties kick in). You know you’re in for a treat from the cover which sports a classic black and white pic of the Impressions  in full flight. Curtis, Sam and Fred look ultra cool in their tuxedos. Their included track is ‘Minstrel And Queen’ – one of Curtis’ famed “story” songs. The Impressions are just one of many big names on the album. You can also enjoy Jr Walker’s ‘Cleo’s Mood, Chuck Jackson’s ‘Any Day Now’, Walter Jackson’s ‘I Don’t Want To Suffer’ and The Supremes’ ‘Your Heart Belongs To Me’. The sound on that last one (a Smokey song, by the way) sums up the magic of the album. It’s rough round the edges but very atmospheric – which, of course, was the attraction of early Motown. Sadly the song, Mr Robinson not withstanding didn’t chart, justifying the girl’s 1962 nickname at Htsville – “the no-hit Supremes”.

Many of the other artists on this album, unlike the Supremes, remained “no hit” performers but that doesn’t make contributions from people like Sidney Barnes, Jamie Coe, Leroy Jones, Jean Dushon, Eli Lee and others any less important in the evolution of soul… and that’s exactly what this album is all about. Here is soul music in its infancy with artists (like the Supremes and the Impressions) searching for their special and unique sound which went on to resonate world wide.