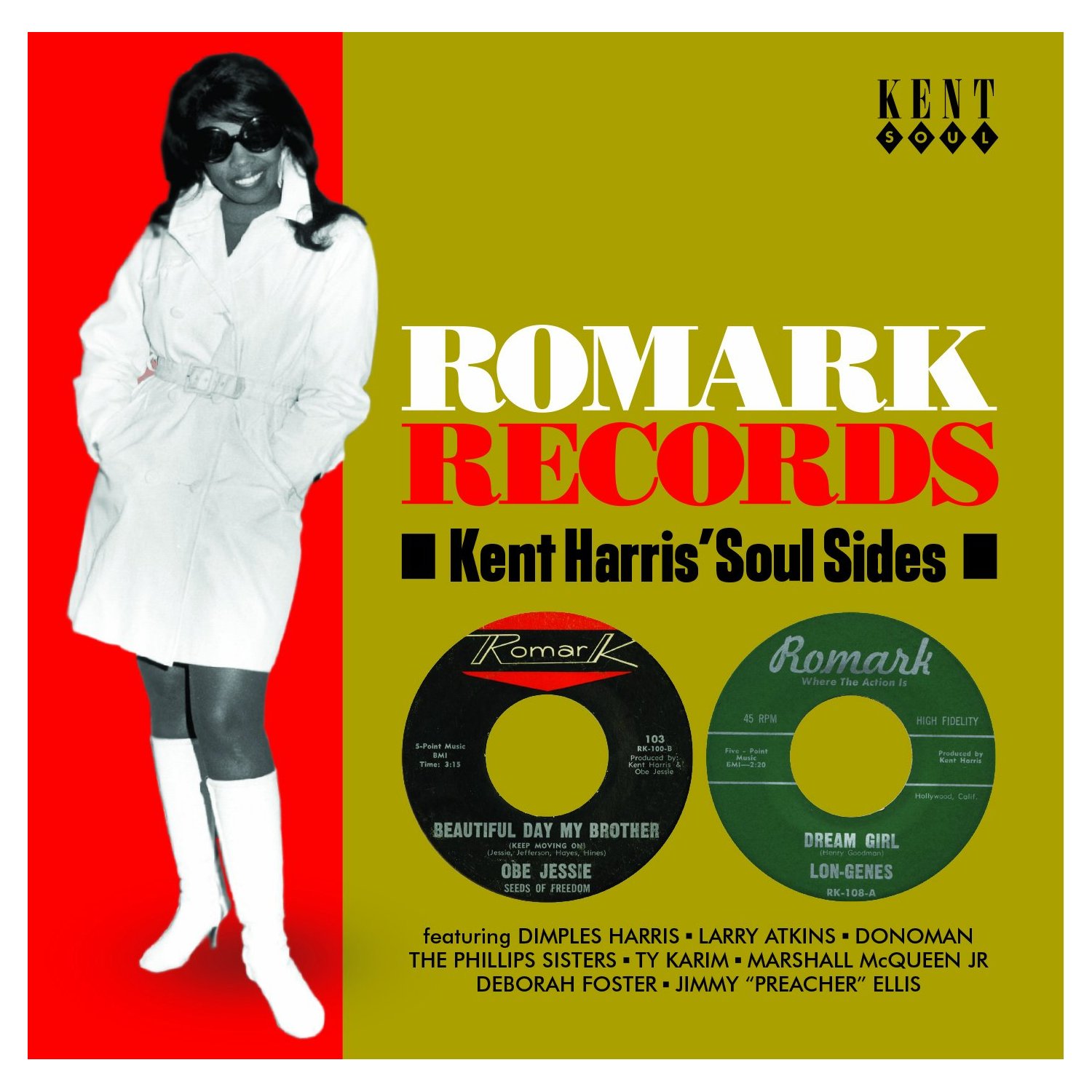 Romark Records was set up in Los Angeles in 1963 by Kent Harris. Harris had begun his musical odyssey as a singer in the 50s. Working as Boogaloo And His Gallant Crew , his Crest single ‘Cops And Robbers’ was a top ten hit and was also successfully covered by Bo Diddley. Kent then moved into talent spotting, writing and production – amongst his achievements was his “discovery” of Brenda Holloway and Walter and Wally Scott who went on to form The Whispers. In 1963 he decided to form his own label – Romark … named after his son. The label lasted until ’73 when Harris moved away from music. But in 1978 he was back with a new label – Sheridan House (named after another son). That label’s output was sporadic to say the least but quantity never equates with quality and on this new 25 track snapshot of the Romark/Sheridan House labels you’ll hear that Harris was responsible for some great soul music… and, moreover, for a small set-up, operating in a discrete geographical area, that music was hugely varied.

Best known of the tunes here is probably Ty Karim’s ‘All At Once’. Recorded in 1965, it’s a solid slab of mid-tempo soul from Romark’s leading lady (check out more of Ms Karim’s work on the 2008 Kent album, ‘The Complete Ty Karim’). Best known artist on the set is Mighty Hannibal. His offering is the old school R&B flavoured ‘I’ll Come Back to You’ and there’s more of that rough-hewn early soul on Eddie Bridges’ ‘Peekaboo’, while Jimmy ‘Preacher” Ellis’ ‘Tough Competition’ shows that Kent Harris could “do” funk too. The predominant flavour on Cry Baby Curtis’s ”There Will Be Some Changes Made’, O’Malley Jones’ ‘Pay And Be On My way’ and Ray Agee’s ‘It’s Hard To Explain’ is the blues with that last one in particular recalling the best of the late Bobby Bland.

The soul’s sweeter on the early Impressions styled ‘Dream Girl’ from The Lon-Genes, while the Phillips Sisters’ ‘Where Did You Stay Last Night’ has all the hallmarks of those great 60s Chess recordings from people like Sugar Pie Desanto. Yes, indeed, lots of variety here (even a great honking instrumental and an Elton John cover!) and it’s authentic soul quality all the way… recommended – as is Kent’s 2012 collection ‘Kent Harris’ R&B Family’. Like that one, by the way, this one has some of the most incredible anoraky sleeve notes you’ll ever come across … catalogue numbers, matrix numbers, label designs, logo variants… the lot!