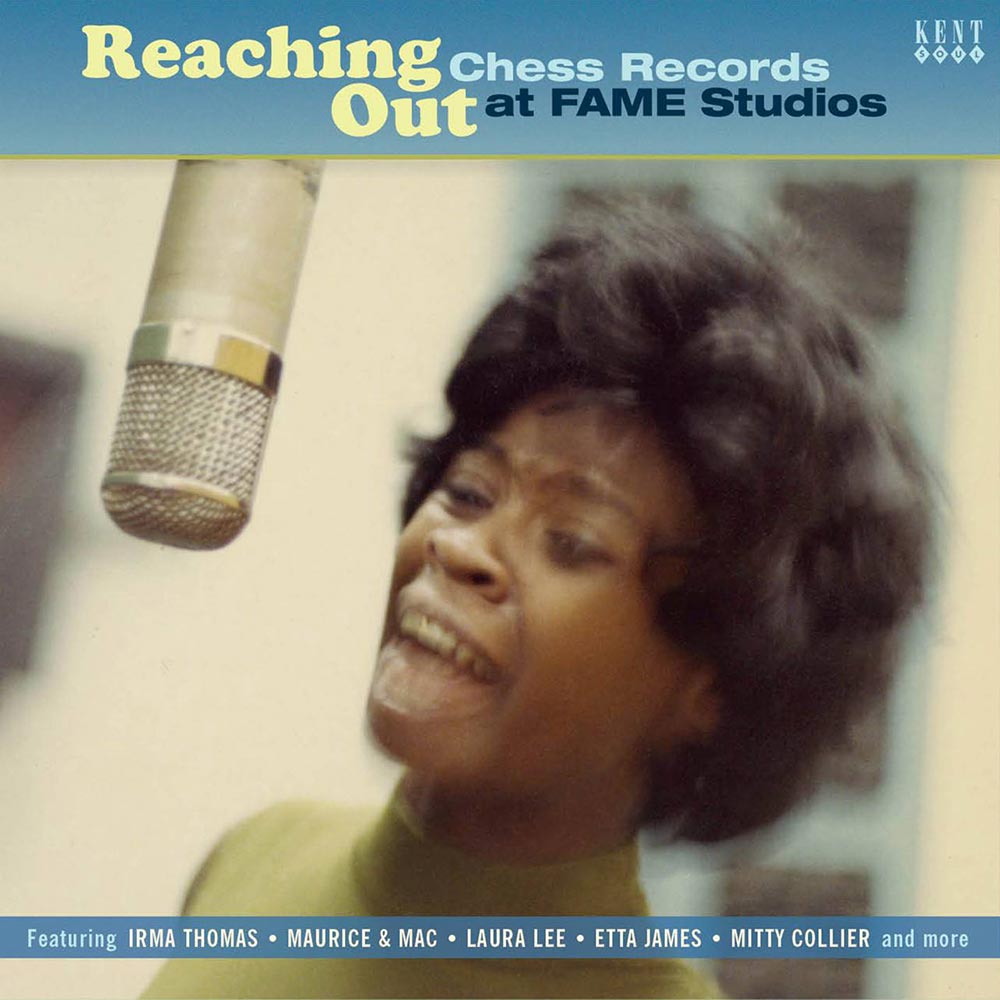 Rick Hall’s famed Fame studios down in Muscle Shoals was the hottest recording base in the late 60s and anyone and everyone who wanted to inject commitment, passion and proper soul into their recordings made the pilgrimage to Alabama to sample the unique atmosphere, the talents of the studio musicians and the music biz savvy of Rock Hall.

Chicago-based Chess records had their own particular sound too but as the 60s wore on and the hits became harder to score Phil and Leonard Chess began to send their artists down south to record with Hall and on this new collection, Ace/Kent assemble two dozen soul gems from that special collaboration. The liaison was a natural progression of the relationship that Hall had with the Chess brothers. As far back as the late 50s Hall’s band The Fairlanes had a record out on Chess/Argo and through the 60s Hall continued to license records to Chess – the most famous being the haunting ‘Searching For My Love’ from Bobby Moore and the Rhythm Aces.

Montgomery’s Moore is featured on a trio of cuts on this collection and ‘Come Back Baby’, ‘I Wanna Be Your Man’ and ‘Reaching Out’ have the same sparse magic that made ‘Searching’ so noteworthy. With due respect to Moore he was but a Chess second stringer unlike Etta James – the Chess label’s biggest female star. Etta’s represented here by ‘Security’ and ‘Don’t Lose Your Good Thing’ –both proving that though born in LA and working chiefly in Chicago she could do “Southern” with the very best.

Other Chess stalwarts featured her include Laura Lee and Mitty Collier while there’s soul-a-plenty too from people like Maurice and Mac and Irma Thomas while sax man Charles Chalmers is represented by a couplem of  hard-edged instrumentals including a great version of Lee Morgan’s ‘The Sidewinder’. Like a lot of the material here, that one’s hard to find and soul collectors will once again be delighted with Ace/Kent’s commitment to the rare and obscure.