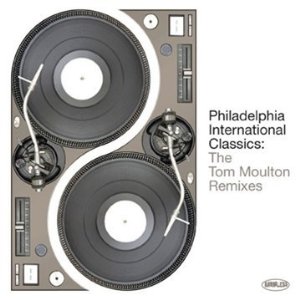 The first volume of Harmless’ ‘Philly Re-Grooved’ proved to be one of the best-selling soul compilations of 2010. It managed to dent the best selling charts and not many soul collections do that these days. The reasons for this feat are easily explained. The LP was stuffed with Philly rarities and collectors just had to have it; equally, savvy younger fans of dance music had learned where the origins of their music were and snapped up the set as an antidote to the sterile, computer generated tracks that were their usual fodder; then, the name of the man who mixed the album – Tom Moulton – brought the set a huge cachet –anyone who likes to dance knows he never misses; and finally – and most obviously – the music was simply terrific!

Here Harmless present a further 11 Philadelphia classics (mostly taken from the Philly Groove catalogue) and once again maestro Moulton handles the re-mixes. As ever, with his assured touch, he lets the original track do all the work. Here he extends the introduction; there he highlights a percussion break; elsewhere he emphasises the harmonies or the strings – and the result is magical. Best known tune on offer is ‘Smarty Pants’ from First Choice and most of the other selections are in the same swinging bag, tempo–wise. Highlight is the wonderful ‘I’m So Hopelessly In Love With You’ from Moment Of Truth – it fairly races along but throws up harmonic and melodic surprises in the way that all those great Spinners’ songs did.

The only cut on the album which approaches a ballad is ‘Rising Cost Of Love’ from Loose Change. Most soul folk will be familiar with the Darrow Fletcher version. This take is different – but every bit as good and even over seven and a half minutes you never lose interest… the sweet strings ensure that. It’s a Philly classic – but then so are the other ten tunes!