VARIOUS: Our Lives Are Shaped By What We Love (Light In The Attic) 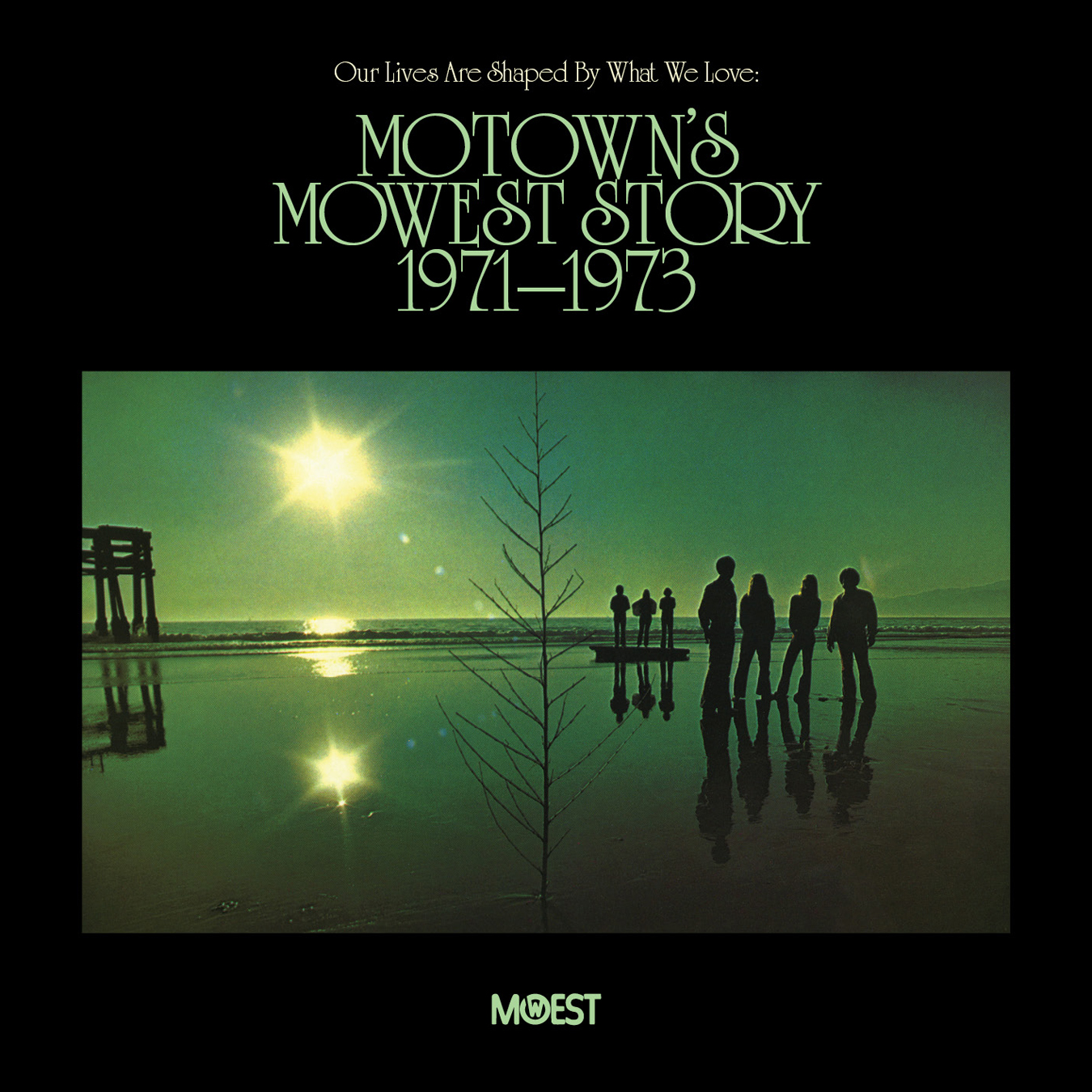 Relatively speaking, I guess we could argue that in commercial terms the Mowest label was one of Berry Gordy’s rare failures. He set up the label in 1971 as part of Motown’s relocation to the West Coast but in 1973 he closed it down. The hits had been few and far between but that lack of commercial success didn’t mean that the label’s repertoire was musically or artistically bankrupt. On the contrary, Mowest produced some magnificent music – a music that was loved and sought after by collectors and soul lovers world-wide… from the Northern soul brigade who espoused Frankie Valli’s ‘The Night’ right through to Japanese rare groove DJs who elevated Odyssey’s ‘Our Lives Are Shaped By What We Love’ to classic status.

That delicious ballad is the title track to this fabulous 16 track overview of Mowest’s legacy – the first, we think, proper full Mowest compilation. Sure, odd Mowest tracks have surfaced on various Motown retrospectives but with this set we can see and hear what the early 70s record buyers missed but what the soul cognoscenti were quick to pick up on.

The album features music from some big Motown names – none bigger than the Commodores who back in ’71 were known for hard-hitting funk rather than saccharine-laden ballads and ‘Don’t You Be Worried’ is as hard-hitting as they come. Other “regular” Motown luminaries featured on the set include Syreeta, Thelma Houston and G C Cameron whose ‘Act Like A Shotgun’ is a ‘Superstition’ – flavoured, funk work out. Another goodie is Sister Love’s gritty version of Curtis’ ‘Give Me Your Love’. However, as with most Motown compilations, it’s the music from the lesser known names that brings the real delight and here’s there’s three great examples. First up, Suzee Ikeda offers a take on ‘I Can’t Give Back The Love I Feel For You’; next, there’s the folksy pop of Lodi’s ‘I Hope I See It In My Lifetime’; then, there’s the album’s 24 carat bonus – ‘A Heart Is A House’ from The Nu Pages – a fabulous soft soul ballad.

The music is all newly remastered and comes in single CD format and as a double vinyl set; in whatever format, it’s unmissable. Let’s hope there’s a second volume lurking in the background.