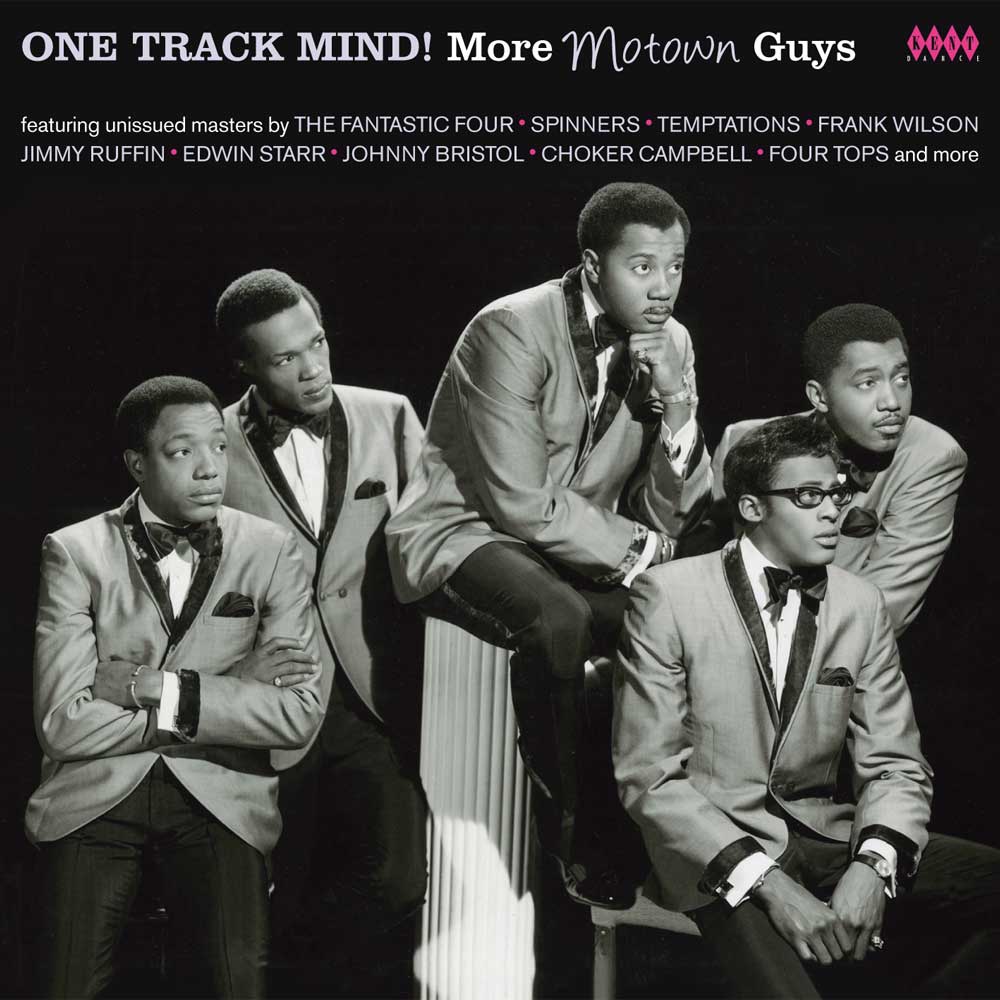 Now that it seems that Universal have stopped trawling the Motown vault for rarities to reissue, we can be thankful that Ace/Kent have taken on the challenge. Over the last few years the ever-reliable UK-based collectors label has issued a number of magnificent Motown archive albums… some single artists sets and some themed compilations. Their latest offering is one of those themed comps…. ‘One Track Mind’ is a set of 60s Motown tunes from the male side of the Gordy Empire and the 24 tracker offers an incredible 16 previously unissued cuts. Even the 8 cuts that have been out before were only ever issued as downloads and as real collectors prefer an artifact over a digital presence we can justly call everything here newly issued! And as ever when albums of unissued Motown stuff are released we ask several questions – amongst them, just how big is that fabled Motown vault and, secondly, why didn’t this fabulous music win release back in its day?

The answers are, of course, academic. What is important is that we now have the music to enjoy… and there’s something here for every Motown/60s soul fan. Here enjoy cuts from big names … The Temptations, Four Tops, Marvin Gaye; enjoy tunes from lesser luminaries… Ivy Jo, The Hit Pack, Sammy Ward and revel in some great Motown instrumentals from the different combinations of the Funk Brothers, like Choker Campbell’s version of the Impressions’ ‘It’s All Right’.

As ever, the precise and comprehensive sleeve notes tell you everything you need to know. That, for instance, Frank Wilson’s ‘I’ll Be Satisfied’ was actually recorded in Los Angeles with the Wrecking Crew not the Funk Brothers; that the Spinners’ ‘Imagination Running Wild’ was an abandoned Stevie Wonder project; that though credited to the Fantastic Four, ‘I’m Here Now That You Need Me’ features just lead singer Sweet James Epps; that the Temptations’ ‘I Got Heaven Right Here On Earth’ is the Eddie Kendricks-led version and not the better known David Ruffin one.

All fascinating stuff of course, but as Berry Gordy himself one said, it’s what’s in the grooves that counts and in these grooves (or whatever CDs have) there’s plenty of mighty, Motown magic! The compilation, by the way, is named for the included Marv Johnson track… a 1965 Hank Cosby/Sylvia Moy song.