VARIOUS; Nothing But A House Party (Kent) 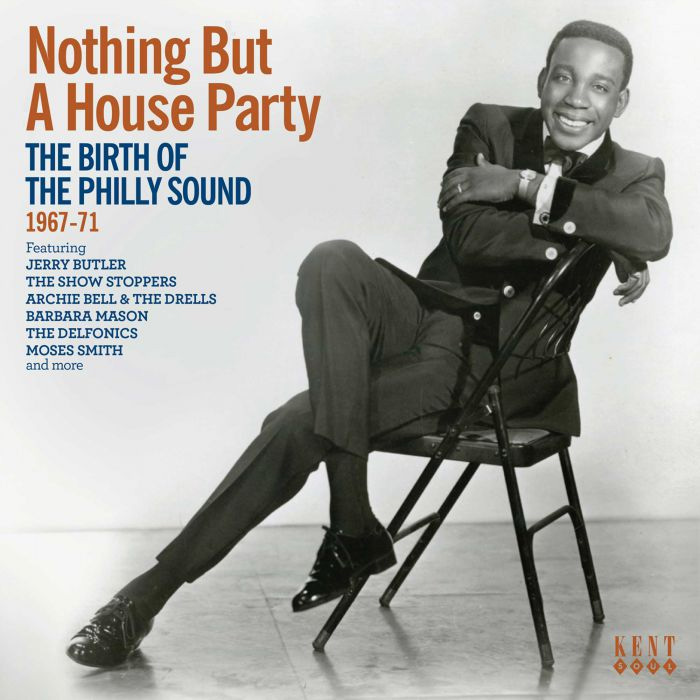 Even the most casual of soul fans know about the importance of Philadelphia in the evolution of the genre. However, most of ’em will only know about Philly’s golden age…. the period of Philadelphia International’s dominance. But proper soul fans know that the City Of Brotherly Love has a soul history that predates the imperial reign of Kenny Gamble and Leon Huff. To satisfy those discerning fans and to bring others up to speed Ace/Kent have just released this splendid 24 tracker that surveys the Philly soul scene just prior to the establishment of Philadelphia International. The music here spans the years 1967-71 and most of it was recorded in what was to become Philly’s most important studio – Joe Tarisa’s Sigma Sound.

The compilers know that over just 24 tracks it’s impossible to offer a full portrait of early Philly soul; that said, they have included plenty of key cuts. Amongst them is ‘Every Day Is A Holiday’ from the Intruders. That group (as all Philly connoisseurs know) were favourites of Gamble and Huff and the duo took them wherever their corporate musical journeys took them. Recorded in 1969, ‘Every Day Is A Holiday’ was the B side to ‘Old Love’ and it’s a perfect definition of the early Philly soul sound.

Sticking with Gamble and Huff, this collection also includes examples of their outside production work, when big labels used the duo to sprinkle some magic soul dust on their artists. Examples here include Jerry Butler’s magnificent ‘Never Give You Up’ and Archie Bell and the Drells’ still evocative ‘My Balloon’s Going Up’.

Other Philly legends who contribute include Thom Bell, Jimmy Bishop, Alan Felder, Jesse James, Bobby Martin, Norman Harris and the underrated Len Barry. Blue-eyed soulster, Barry is best remembered for his hit ‘1-2-3’ but his career goes back to the fifties when he performed with the Dovells before his solo success. Barry was also a key backroom boy, writing and producing all over Philly but he’s featured here as a singer with his version of Archie Bell’s ‘Girl You’re Too Young’.

Amongst the other featured artists are Cliff Nobles (with ‘Love Is All Right’ –the vocal version of ‘The Horse’) , Honey and the Bees, Lou Jacksons, Freddie Scott, Winfield Parker, Barbara Mason and the Showstoppers whose ‘Ain’t Nothing But A House Party’ gives this excellent album its title.