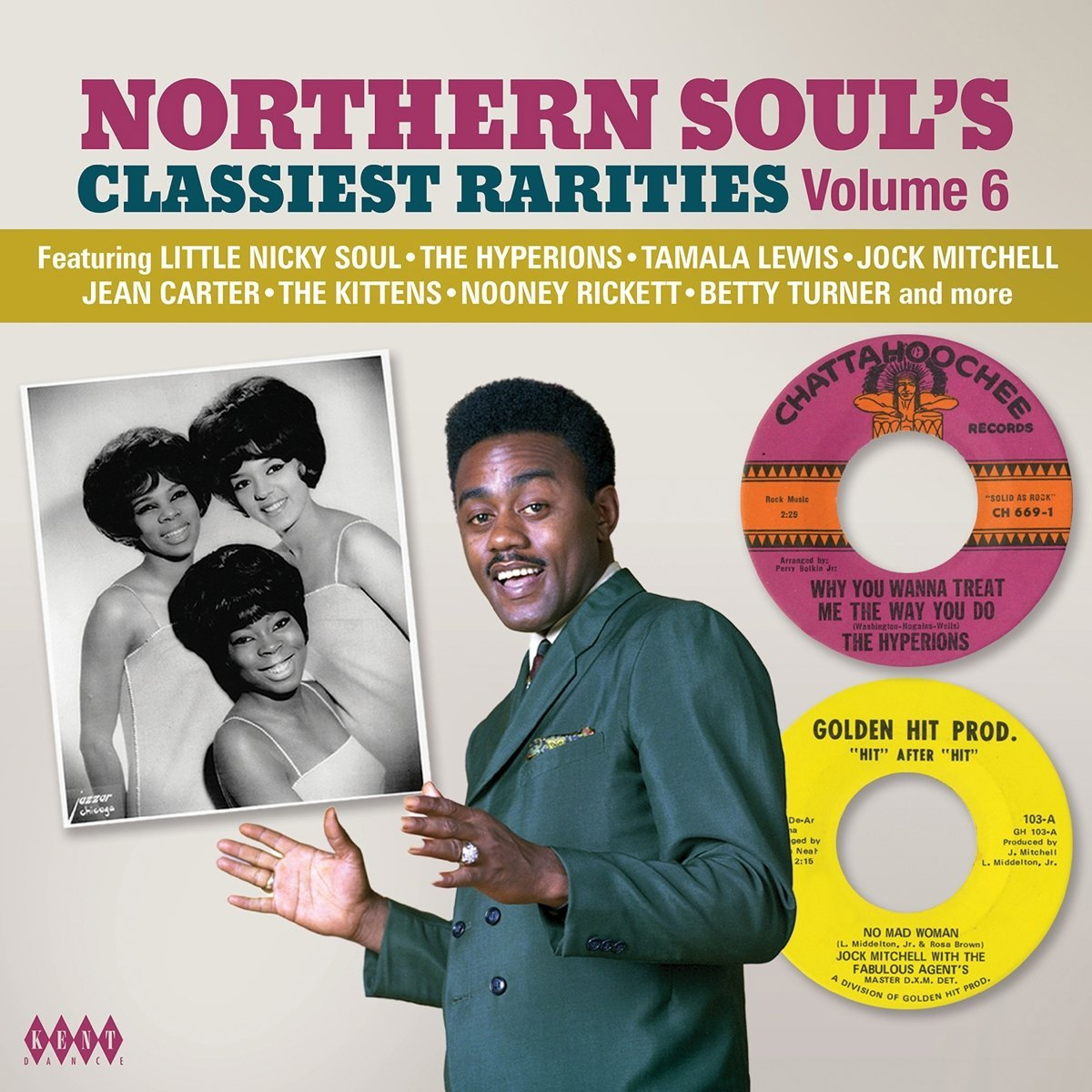 As you can see from the heading, this is Ace/Kent’s sixth volume in their Northern Soul’s Classiest Rarities series and as the introduction to the sleeve notes point out, it is amazing that so much great 60s and 70s soul is still being discovered!

Like the previous five volumes in this franchise the Kent compilers have cast their soul nets far and wide and come up with a 24 tracker that highlights music from plenty of big names alongside a crew of soul wannabees.

First the big names…. maybe none bigger here than Johnnie Taylor. JT’s offering is the 1970 Stax outing ‘Friday Night’ which was first released as the B side to Taylor’s #3 hit ‘Steal Away’. The song is a Hester/Wylie affair and soul heads will know it via the Steve Mancha Groovesville version but here producer Don Davis ups both the beats and the funk quotient.

Other “names”? Well what about Betty Everett, JJ Barnes, The Detroit Emeralds, Carla Thomas and Maxine Brown! Maxine’s track, by the way, is ‘One In A Million’ and I can already hear you saying … “rarity… never!” Sure, the song is one of Maxine’s best-known outings (indeed one of Northern Soul’s enduring anthems) but here you get a previously unissued version – one of five early takes of the song recently found in the vaults. You’ll spot and appreciate the differences right away!

The lesser-known artists include people like The Lon-Genes, the Vows, Jock Mitchell, the Hyperions and The Fidels whose ‘I Only Cry Once A Day’ is a huge in-demand item. Collectors will also be pleased to have easy access to the Jack Ashford produced ‘I Can Fly’ by the Magnificents… classy and rare – like each of the other 23 inclusions!