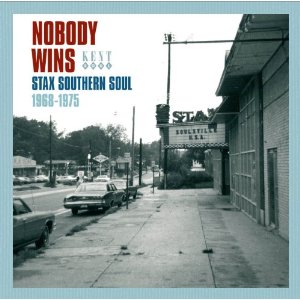 This wonderful new Kent 21 tracker focuses on the soulful side of Stax records between 1968 and 1975 – a period  in which, according to lots of soul histories, the label, under Al Bell seemed to be diversifying, moving away from its Southern soul roots and even watering down its product to win chart and mainstream acceptance. Well, those soul histories need to be re-written because here’s the living proof that when it came to blistering, searing soul, Stax remained the brand leader. Dip in anywhere here and you’ll discover the absolute real thing.

There are so many highlights here that it would be curmudgeonly to cherry pick, but my repeat button keeps seeking Willie Singleton’s ‘Two Fools’. Released in 1974 on the Truth subsidiary, this is the first time it’s ever been reissued in any format… but it’s a superb piece of work. A pleading ballad, Singleton’s Otis Redding inflected vocal floats over shimmering strings and cooing harmonies to create Southern soul perfection. Amazing to think that Singleton was just one of Stax’s also rans. Other “unknowns” featured on the album include Charlene and the Soul Serenaders, Freddie Waters, Sylvia and the Blue Jays, Shack and Johnny Daye – a blue-eyed soul singer, brought to Stax by Otis Redding. His ‘Stay Baby Stay’ (produced by Steve Cropper and featuring the Sweet Inspirations) is a magnificent ballad.

Known names on the set include The Soul Children, Jimmy Lewis, Little Milton, Johnnie Taylor, Jimmy Hughes, Ollie and the Nightingales, Bettye Crutcher, William Bell, Mable John, Inez Foxx and Sir Mack Rice whose ‘Nobody Wins ‘Til The Game Is Over’ gives the album its title. Eddie Floyd’s in there too with a chugging ‘Stealing Love’ while his ‘I’ve Never Found A Girl’ gets a superb updating from Calvin Scott.

Whether the artists are known or unknown, their contributions are uniformly excellent. From start to finish this is great, great “proper” soul music.