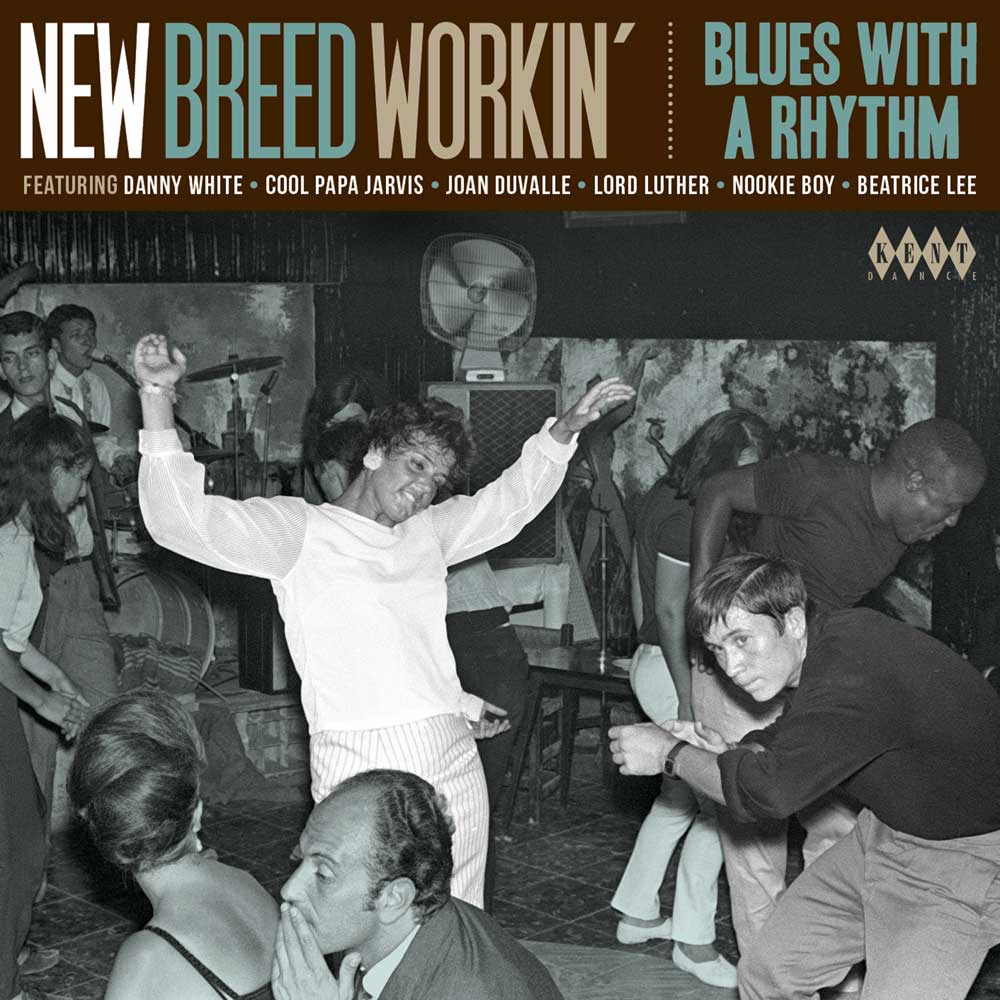 Ace/Kent’s latest compilation offers a generous 24 tracks that are popular or could be (once picked up) on what is known as the “New Breed” scene. For those, like me, who don’t always understand or appreciate music sub genres and pigeon-holing, I’m reliably informed that “New Breed” music is essentially early soul and authentic R&B popular with second generation mods and “soul dropouts” in certain clubs; they look for rarity, toughness, dance rhythms and the special qualities that made soul so endearing before “it became popularised and bastardised” (their words). To complicate matters, the continental offshoot – with a few extras – is often referred to as “popcorn”. Confused? Well, I am. Let’s just say that ‘New Breed Workin” – subtitled ‘Blues With A Rhythm’ is a fine collection of rare, early soul and R&B and it doesn’t matter if you’re a “New Breeder” or not , if you love soul music, you’ll love everything here.

Biggest “name” amongst the 24 featured artists is BB King. He offers 1963’s ‘You Never Know’. The song is typical of the Blue Boy’s early 60s sound and, incredibly, it was actually released in the UK on a 45! Yep… on the much-loved red and yellow UK Sue label. Many of the other cuts here weren’t even released in the States –amongst them Pee Wee Foster’s Little Richard influenced ‘My Baby’s Gone’ and Big Charley and the Domains’ Sam Cooke flavoured ‘I Can’t Even Enjoy My Home’. Charley’s cut is much rougher, of course, than anything Cooke released and while we’re mentioning Mr C, his fans will know that Louis Williams of harmony group the Ovations was an uncanny Sam Cooke impersonator and he offers us a track here too… it’s a rockin’ ‘What Did I Do Wrong’ and though credited to the Ovations, it’s actually a Williams’s solo effort. Another album highlight is Danny White’s ‘The Twitch’. It’s an unashamed call to the floor and despite a veneer of sophistication – a French girl talking over the intro – it’s rough hewn quality and unbridled enthusiasm sums up the atmosphere of this whole collection.