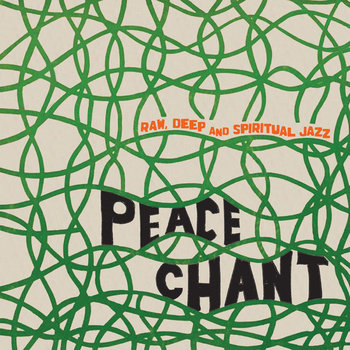 German label, Tramp, run a great compilation series called ‘Movements’ and they’ve just issued the 8th volume in the series and like the previous seven, the 17 tracker is stuffed with rare and esoteric soul, jazz and funk. All the artists are from the ranks of the genres’ great unknowns and most of the cuts appear on CD for the very first time.

The only artist name that was vaguely familiar to me was “Pedicin-James Ltd”. Without sleeve notes to guide me, I’m guessing that the “Pedicin” might be Philly muso Mike Pedicin. The fact that their tune is a sax-led jazzy instrumental version of ‘Ode To Billy Joe’ reinforces my guess, but I could also be wide of the mark. What I do know for sure is that US collectors’ sites are offering the original single in “good condition” only for just under $100! I’m also guessing that original versions of the rest of the tunes on ‘Movements 8’ are also going for big bucks.

So what else do you get here for a much more modest outlay? Well, in short, all kinds of everything that is funky, jazzy and soulful. The album opens with one of many oddities…. Papa Albert French’s ‘Bald Headed Beulah’, a mash of trad New Orleans jazz and 50s R&B! The flavour’s still New Orleans on Joe Wilson’s ‘Sam Sam The Money Man’. This time though the specific flavour’s that floppy funk that people like Lee Dorsey crafted so effortlessly.

The funk’s much tighter on Doc Rand’s ‘I Need A Woman’ and The Noteables ‘Funky Frog’ –both all parping brass and grunted vocals. They might just remind you of a certain James Brown- especially the latter which is virtually ‘Out Of Sight part 2’.

The Northern brethren will prefer Howlett Smith’s ‘Slow Down Girl’ while I’m kind of hooked on a vibe led instrumental cover of Donovan’s ‘Sunshine Superman’ by Ulysses Crockett. But there’s so much variety here that no matter what your soul persuasion you’ll find something to inspire!