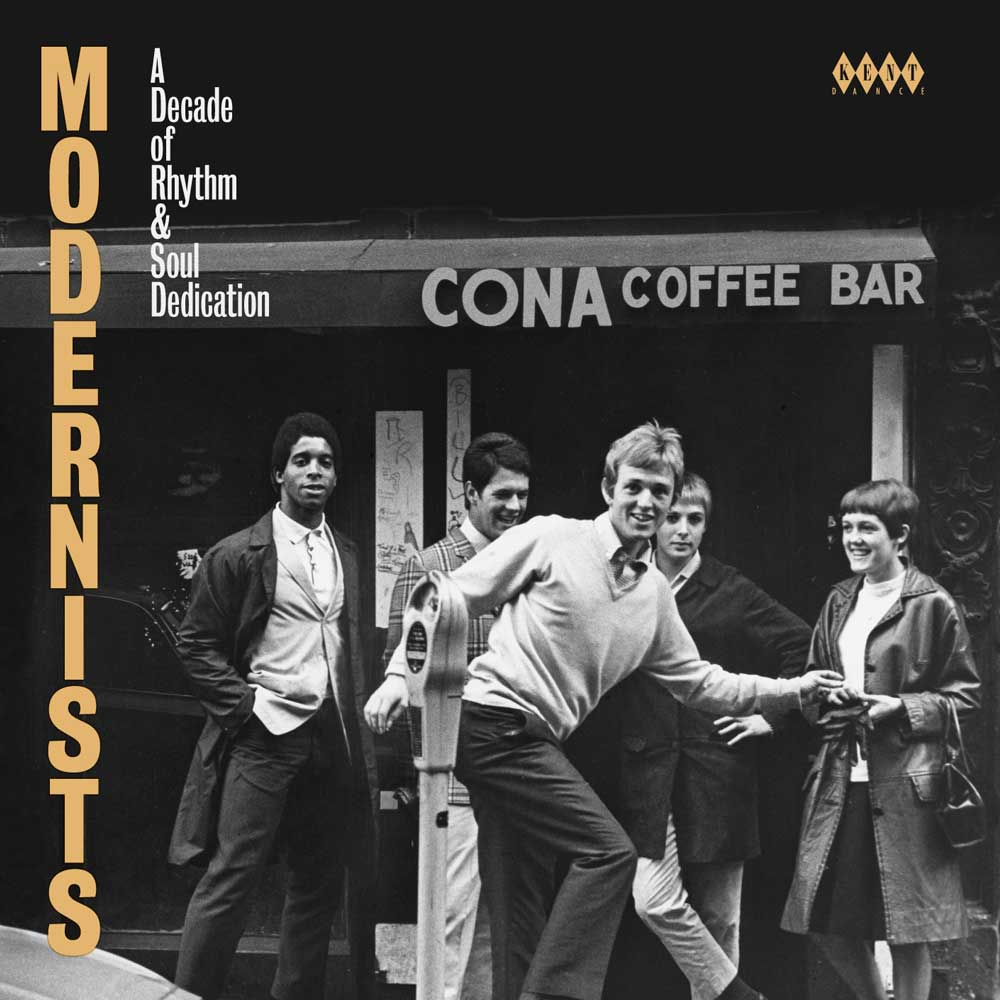 Mod has never gone away. The “Modernist” movement that began in the late 50s/early 60s is constantly being revived but not reinvented. The values, lifestyle, musical tastes and fashion sense of the original mods need no updating; rather, new converts embrace the things those original mods held dear … the clothes, the attitude, the art-house movies, the scooters and, above all else, the music. Real mods lived for their music – and that music was the rare soul and jazz of America along with a smattering of Jamaican ska. It’s hard to believe now but in the early sixties the music of Motown, Chess, Stax and Blue Note was hard to come by in the UK. (Don’t even mention the more esoteric labels!) Not a lot of soul was released and imports were hard to come by. Back then, soul was the sound of the underground and the mods thrived seeking it out and dancing their weekends away in the smoky cellar clubs of the UK’s big cities.

Over the years countless albums have been issued purporting to offer the kinds of musical menus that the original mods enjoyed and the latest is this new 24 tracker from Ace’s Kent imprint. The collection’s a little different to other mod collections in that none of the 2 dozen tunes were ever available in the UK in the 60s. Rather, the compilers have scoured the vaults of US labels for sounds that they think 60s mods would have cherished and, speaking as one of those 60s mods, they’ve done a great job! Here, there’s rare soul-a-plenty, embryonic funk and some tasty soul-jazz; what links all the cuts together is their total danceabilty. The tight beats and compelling rhythms would have been perfect for those famed 60s clubs and they all have the potential to fill floors today.

It’s impossible to cherry pick standouts here ‘cos there’s so much good going on. To get the flavour, try Robert Moore’s version of ‘Harlem Shuffle’, Little Eva’s ‘Dynamite’, Gene Burks’ ‘Monkey Man’ or Mel Williams’ ‘Jet Set’ – which lyrically isn’t a million miles away from ‘The In Crowd’ and so would have immediate attraction to the mods.

Amongst cuts with especial interest are the Pac Key’s ‘Stone Fox’ – recorded by a moonlighting Packy Axton with the Stax house band (Booker T and the MGs!) and ‘Shirley’ from John Fred and the Playboys which proves there was much more to the Louisiana singer than ‘Judy In Disguise’.