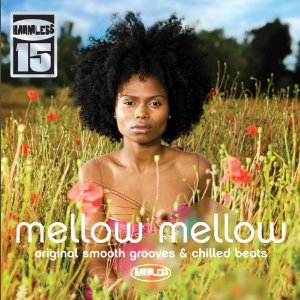 Harmeless Records continue their 15th anniversary celebrations by revisiting one of their best ever series of compilations – ‘Mellow Mellow’. The original ’96 set took its name, of course, from Lowrell’s ever-lovely ‘Mellow Mellow Right On’ and in an age when Ibizan chill-out collections were all the rage with the so-called chattering classes, the Harmless compliers showed them all what proper chill out music was all about. They carefully selected classy down-tempo soul, jazz and funk classics from the 70s and 80s and simply let the music speak for itself.

For this new 2 CD, 35 tracker complier Dean Rudland has followed the same game plan and to make sure everyone knows where he’s coming from he opens with two 24 carat soul chillers – Leroy Hutson’s ‘All Because Of You’ and Holland & Dozier’s ‘Why Can’t We Be Lovers’. Then, before anyone can accuse him of playing safe and obvious, he hits us with a real rarity – Jae Mason’s wonderful 1975 Buddah outing, ‘Cloud Of Sunshine’ – a tune that’s never been on CD before… and so a pattern is established – the well-known and much-loved, refreshingly juxtaposed with the rare and collectable.

They big names include Al Green, the O’Jays, Patti Labelle, Jean Carn, the Chi-Lites, EWF and Billy Paul and though familiar, their inclusions are well worth it. Then there’s a raft of music from artists beloved of soul connoisseurs – people like Webster Lewis, Dexter Wansell, the Natural Four and Dee Dee Sharp. The set’s USP though has to be those rarities – like Maryann Farra and Satin soul’s version of the Chi-Lites re-named ‘Living In The Footsteps Of Another Girl’ and the Ann Peebles/Don Bryant duet, ‘Mon Belle Amour’. Interestingly, Eugene Wilde’s ‘Gotta Get You Home Tonight’ is here too – and though it’s always been popular it’s not been available on CD for a long, long time. If that’s not enough to make you investigate then maybe telling you that you also get Paris’ ‘I Choose You’ and George Jackson’s ‘Aretha Sing One For Me’ might do the trick. I doubt if we’ll get a better balanced, laid back soul compilation all year.