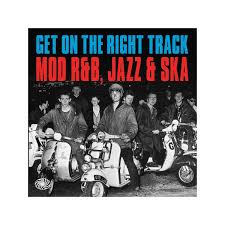 “Modern Soul” is another one of those annoying soul genres which has seemingly been coined to confuse people and everybody, it seems, has a different take on it… witnessed by the factions that exist on the “modern” soul scene. The only thing that the protagonists seems to agree on is that “modern” soul isn’t modern at all…. or if it is modern (in the sense that it’s newly produced), then it has to sound old-fashioned! Like I’ve just said … it’s confusing. The Ace/Kent crew though are clear in their definition; they consider “modern soul” to be the underground soul of the 70s that doesn’t happily fit into the “Northern” bag (yes.. another confusing genre/definition) and this lovely 23 tracker is their third snapshot of the genre.

The collection (like most Kent compilations) is a great mix of well-known names and fairly obscure performers. Equally some of the music has long been readily available while other cuts see the light of day for the first time. The biggest name on show here is the incomparable Candi Staton. Her contribution is her 1973 FAME waxing, ‘One More Hurt’. Written by George Jackson, it was recently released on a Ms Staton Ace collection but it’s well worth its inclusion here – offering, if you would, an aural definition of “modern soul” – sweet, sophisticated, groove-heavy, accessible and so, so soulful. Mind you we could say that about almost any of the inclusions here. The Hesitations’ ‘Go Away’ is another true delight … and amazingly it was only “discovered ” in 2007. ‘You Pay For Love’ by the Crusaders is another superb group effort… recorded in 1969 for Philly Groove, it just fits the definition parameters.

But hey… we shouldn’t get hung up on definitions… just enjoy the music, and there’s so much to enjoy here – ‘Trying’ from 7 Days Unlimited and Art Gentry’s ‘This Is My Chance’ (another George Jackson song) for starters; then there’s music from Melvin Sparks, Rose Batiste, Tommy Tate, Barbara Brown, Loleatta Holloway and many more making for a great soul compilation never mind the genre!