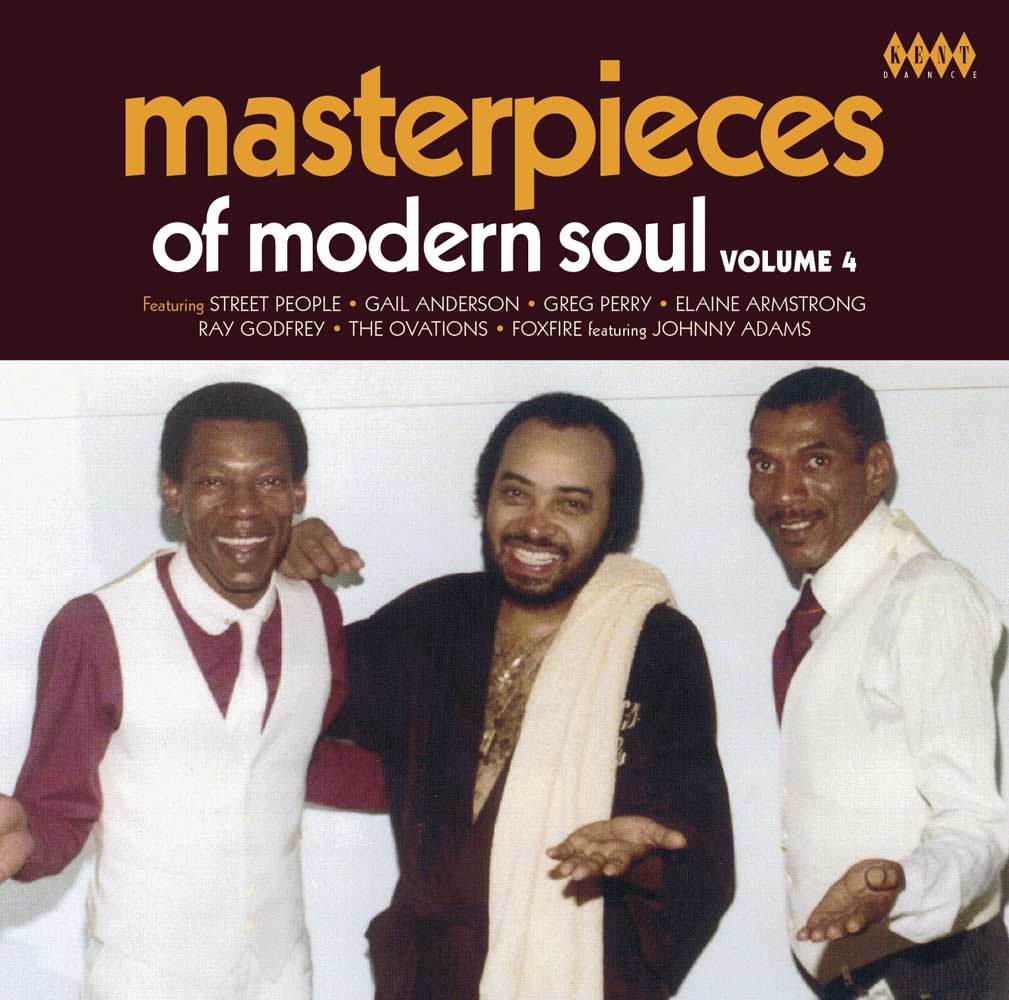 This is Ace/Kent’s fourth collection of what they call “masterpieces of modern soul” – 23 rare and collectable tracks that cover all the genre’s bases.

Like the three previous compilations in the series the album has loads of previously unissued material including a vaulted tune from super soul group, The Dramatics. Song in question is their 1969 Volt recording ‘Don’t Lose What You Got’. It’s a rough-hewn thing from their pre-Tony Hester period and collectors will be delighted to have access to it. The Dramatics are possibly the most well-known performers on the album though soul buffs will recognize names like Garland Green, Darrow Fletcher, Greg Perry, Toussaint McCall, Viola Wills, Alvin Robinson and blue-eyed, southern soulster George Soule. His offering is a lovely, jaunty, Rick Hall produced ‘Midnight Affair’ (a song recorded more successfully by Sandra Wright).

There are lots of semi-unknowns on the album too but their lack of notoriety doesn’t affect the soulful quotient of what they recorded. Let’s highlight just a few of these “hidden gems”. “If There Were No You’ is a wonderful, previously unissued group effort from The Natural Resources. It was recorded for Doré Records and even the erudite Kent compliers couldn’t find too much about the band. Their music speaks volumes for them though! There’s more fab group soul on ‘You Amaze Me’ by Fox Fire. This is a sweet, sophisticated cut that features Johnny Adams on lead. Recorded for Modern in 1967, it makes you wonder why the label chose not to release it! More group excellence from the New Experience who offer ‘Never Felt This Way Before’ – again previously unissued, this one comes from the Dave Hamilton stable.

Other featured artists include The Ovations (featuring the wonderful Sam Cooke sound-alike Louis Williams), the Pretenders, Gail Anderson, Obrey Wilson and Elaine Armstrong. Her offering is the stately ‘Tears Begin To Fall’ – an unreleased King recording. She never made it as a singer but Ms Armstrong played a pivotal role in the civil rights movement. In 1965 she and Raylawni Branch became the first black students to enrol at the University of Mississippi in Hattiesburg. .. one of segregation’s frontlines. That kind of puts the music into relative perspective!