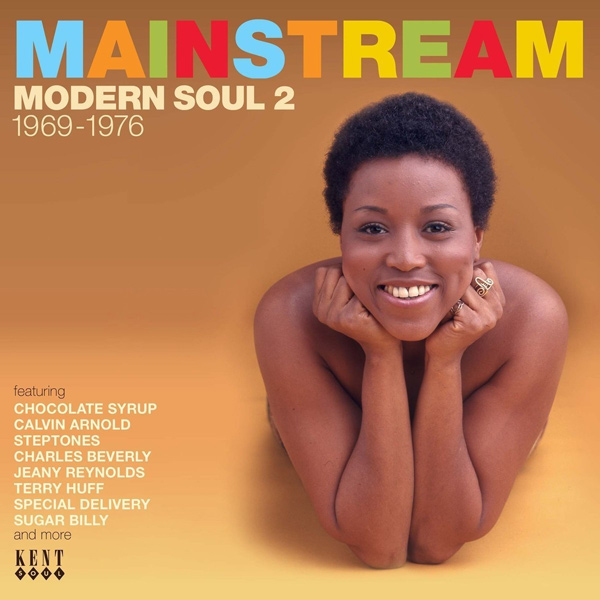 Last year Ace/Kent treated us to a wonderfully soulful retrospective on New York indie label, Mainstream. The imprint was founded in 1964 by jazz guitarist Bob Shad. Shad had previously played countless sessions, produced numerous indie jazz recordings and worked for the Mercury and Decca labels as well as fronting his own early imprints (like Shad, Time and Brent). In ’64 he wanted Mainstream to focus on jazz but, as ever, the market called the shots and so he recorded and released all kinds of everything – including some mighty fine soul music, as that 2016 Kent compilation amply illustrated.

The notes to that album indicated that there was still plenty of soul in the Mainstream (and associated labels) vault, and lo and behold, here we go with Volume 2… another selection of the best of Mainstream. As with volume 1, here there’s plenty to interest fans of the harmony vocal group. Amongst the featured groups are Special Delivery, Chapter Three (their inclusion is ‘I’ll Never Be The Same’, an early Patrick Adams production) and Detroit’s Steptones whose ‘Your Love Is Like The Rising Sun’ is an album highlight… shades of the Temptations.

Amongst the solo artists are Charles Beverley, Sugar Billy and Almeta Lattimore whose sweet ‘Oh My Love’ shares the same provenance as the Steptones’ tune. There’s also an inclusion from sometime jazz crooner, Lenny Welch. Welch was a particular favourite of Shad’s – a throwback to his jazz days. Welch’s inclusion here is a lush mid-tempo groove, ‘When There’s No Such Thing As Love’.

Like many indie music entrepreneurs, Shad would cast a wide net looking for material and given the times he worked in, it was inevitable that he’d license plenty of music from the Southern studios. Amongst several Southern gems, of note are Lee Bates with ‘Your Love Is Slipping Away’ and the wonderfully named Count Willie with LRL and the Dukes whose ‘I’ve Got To Tell You’ is proper, tortured Southern soul.

Many of the featured artists here were never “mainstream” but their Mainstream recordings are high quality soul and, as ever, the exhaustive sleeve notes will tell you all you need to know.