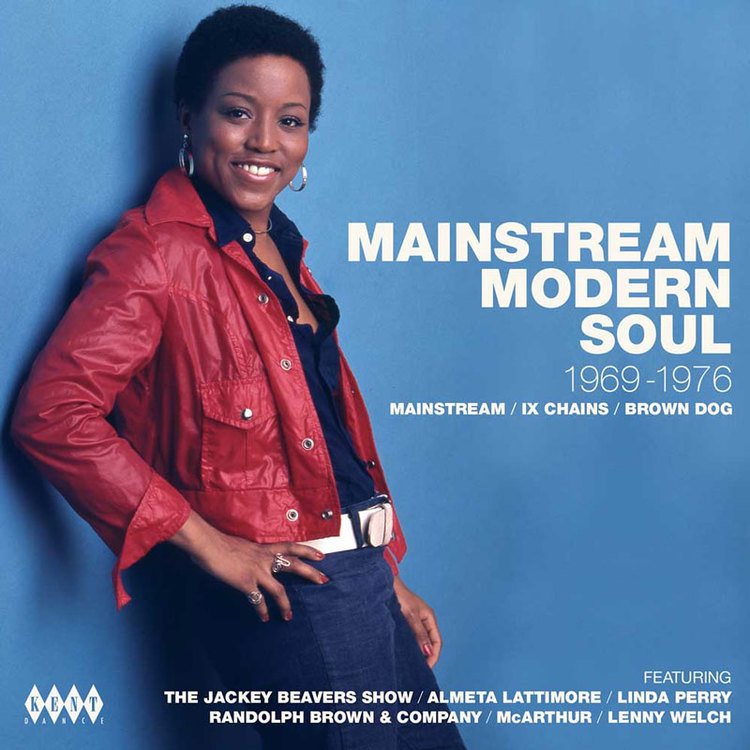 Mainstream was a New York indie label founded in 1964 by jazz guitarist Bob Shad. Prior to that Shad had played countless sessions, produced numerous indie jazz recordings and worked for the Mercury and Decca labels as well as fronting his own imprints (like Shad, Time and Brent). Given his background, no prizes for guessing that he intended Mainstream to be a jazz label, but market place pressures meant that he ended up recording and releasing pop, rock and, of, course, soul and on this new compilation, Ace/Kent offer a wonderful 24 cuts from the Mainstream soul archive.

Like many indies, the Mainstream roster boasted few big names, but Shad’s past activities allowed him to sign jazz great Sarah Vaughan. Her contribution to this collection is a smooth ’74 recording ‘I Need You More’…. a far cry from her usual jazz vocal acrobatics but quite, quite lovely. The song had originally been recorded by crooner Lenny Welch (remember ‘A Taste Of Honey’?), another past Shad connection. Welch recorded a number of sides for Mainstream and his selection here is the dancer ‘A Hundred Pounds Of Pain’ – a cut that eventually found favour at the Wigan Casino.

The other name that leaps out of the album credits is The Dramatics. This Dramatics line up featured original Detroit group members Elbert Wilkins and William Howard and their tune is a gritty, Philly-flavoured dancer, ‘No Rebate On Love’. It seems that the “the other Dramatics” (Ron Banks et al) aimed some kind of action at Wilkins and Howard, ‘cos for their next single they changed their name to “The Dramatic Experience”! Whatever, ‘No Rebate On Love’ is a great soul group artefact as are ‘Come Back part 1’ from the Fantastic Puzzles, ‘You’re A Friend Of Mine’ from Words Of Wisdom and ‘Let The People Talk- from the Steptones.

Other featured artists include Linda Perry, Nia Johnson, Charles Beverley and Alice Clark who offers the Bobby Hebb-penned ‘Don’t You Care’. Little wonder the cut became a monster on the the UK underground soul scene. As ever, the sleeve notes tell you everything you need to know about Alice and the rest of the Mainstream gang.