VARIOUS; Lay Back And Chill (Backbeats) 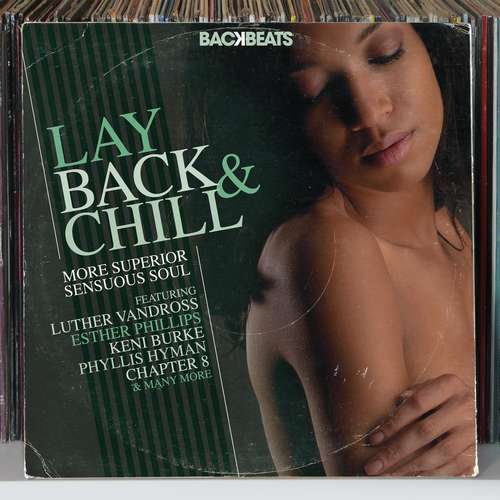 Compiled by Ralph Tee, ‘Lay Back And Chill’ is one of six recent Backbeat compilations and for the more sedate, sophisticated soul fan or collector this undoubtedly is the best of the half dozen. Tee’s title sums up what’s going on…. his brief was to select a set that would be perfect for those moments when we want to slow things down and lose ourselves in a quiet storm and he kicks things off with a very, very strong trio – Luther Vandross’ ‘Once You Know How’, Dionne Warwick’s ‘We Never Said Goodbye’ and Glenn Jones’ ‘Stay’. The Luther track is particularly poignant. It reminds us of just what a massive talent we lost when he passed in 2005. His voice, of course, was unsurpassable – but he was also a great song writer, as ‘Once You Know How’ proves. Appropriate too that here his track is followed by one from one of his great influences and heroines –Dionne Warwick. ‘We Never Said Goodbye’ – from 1980 and written by Isaac Hayes – is quite superb.

Other “big” names on the album include Earth Wind And Fire, The Isley Brothers, Lou Rawls and Gladys Knight and the Pips. Their contribution is the stupendous ‘The Makings Of You’ – one of Curtis Mayfield’s most sensitive ballads ever. Lesser known names (“lesser” in the mainstream that is, not in the soul community) include Patti Austin, Lou Courtney, Keni Burke, Linda Williams, Randy Jackson, Phyllis Hyman, Michael Henderson Chapter 8 and Tower Of Power who briefly eschew the funk for the mightily mellow ‘By Your Side’…flavours of ‘What Does It Take’ here and a great vocal from Edward McGee. Fans of vocal groups will adore ‘We Found Love’ from Detroit’s The Dynamics and Esther Phillips’ reading of Carole King’s ‘Brother, Brother’ encapsulates the sentiments in the compilation’s title. But in truth there’s nothing not to love here. Like I said up top, dip in anywhere and lose yourself in a soulful quiet storm.