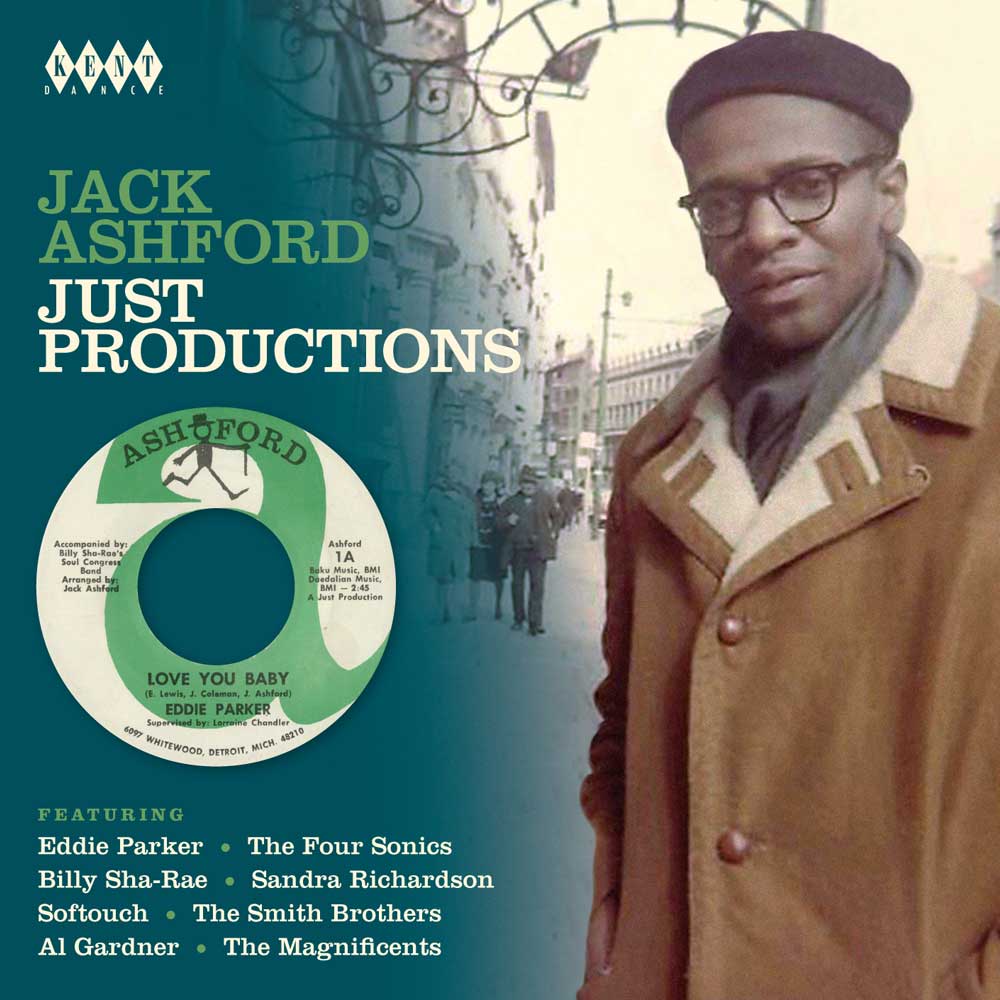 Motown’s Mr Tambourine Man, Jack Ashford was a key member of the Funk Brothers. His percussion skills – most notably his adroit tambourine playing – graced countless Motown classics but if what we’re told is right, the Snake Pit musicians weren’t that well paid and most of them pursued all kinds of extracurricular activities to raise extra bucks. Ashford’s main moonlighting activity was creating Pied Piper productions – a set-up that recorded and released records (either directly or licensed) on local Detroit artists who hadn’t been signed by Berry Gordy.

Last year Ace/Kent released a comprehensive compilation of the best of Pied Piper and now they follow that up with a 24 track collection that looks at Ashford’s post Pied Piper production work. Pied Piper, for all kinds of reasons, had folded in 1967 and ever-determined Jack soon started Just Productions to carry on what he’d started. He figured if a one time boxer could make a fortune out of the pool of music talent that was 60s Detroit, why couldn’t he do the same. He was, after all, a musician himself with his own hot line to the cream of the Motor City’s session men! We know it didn’t quite work out that way, but Jack Ashford’s Just Productions crafted some mighty fine soul music that is now much in demand by collectors.

As he’d done at Pied Piper, Ashford licensed many of his Just Productions productions to other labels but he also created labels of his own… like Sepia, Triple B, Ashford and Awake and this compilation picks tunes from both sources.

Maybe the most in-demand cuts here come from Eddie Parker. His ‘Love You Baby’ rightly became a massive Northern tune – much grittier that the typical Detroit sound but none the worse for that. You can enjoy two more Parker cuts here… ‘Body Chains’, and ‘But If You Must Go’. Other featured artists include Billy Sha Rae (try his superb ‘Crying Clown’), Sandra Richardson, The Four Sonics (Plus One), the Magnificents (their ‘Don’t Take Your Love’ is, well, magnificent!) and Johnny Griffith – another Motown moonlighter.

The album also boasts two cuts from Jack Ashford himself. ‘Do The Choo Choo’ is a gritty dance number while ‘I’ll Fly To Your Open Arms’ is a lovely, lilting mid-tempo outing from 1977. It’s one of the album’s many highlights.

After Just Productions, Jack Ashford went to work with Norman Whitfield on his Whitfield label then he moved to Memphis where he worked in a number of jobs outside music. In the 1990s his music career was revitalised when writer Allen Slutsky belatedly turned the spotlight on the Funk Brothers and a new chapter in Jack Ashford’s history opened. Here you can enjoy another wonderful but equally beguiling chapter in Jack’s remarkable career.