VARIOUS; Harmony Of The Soul (Kent) 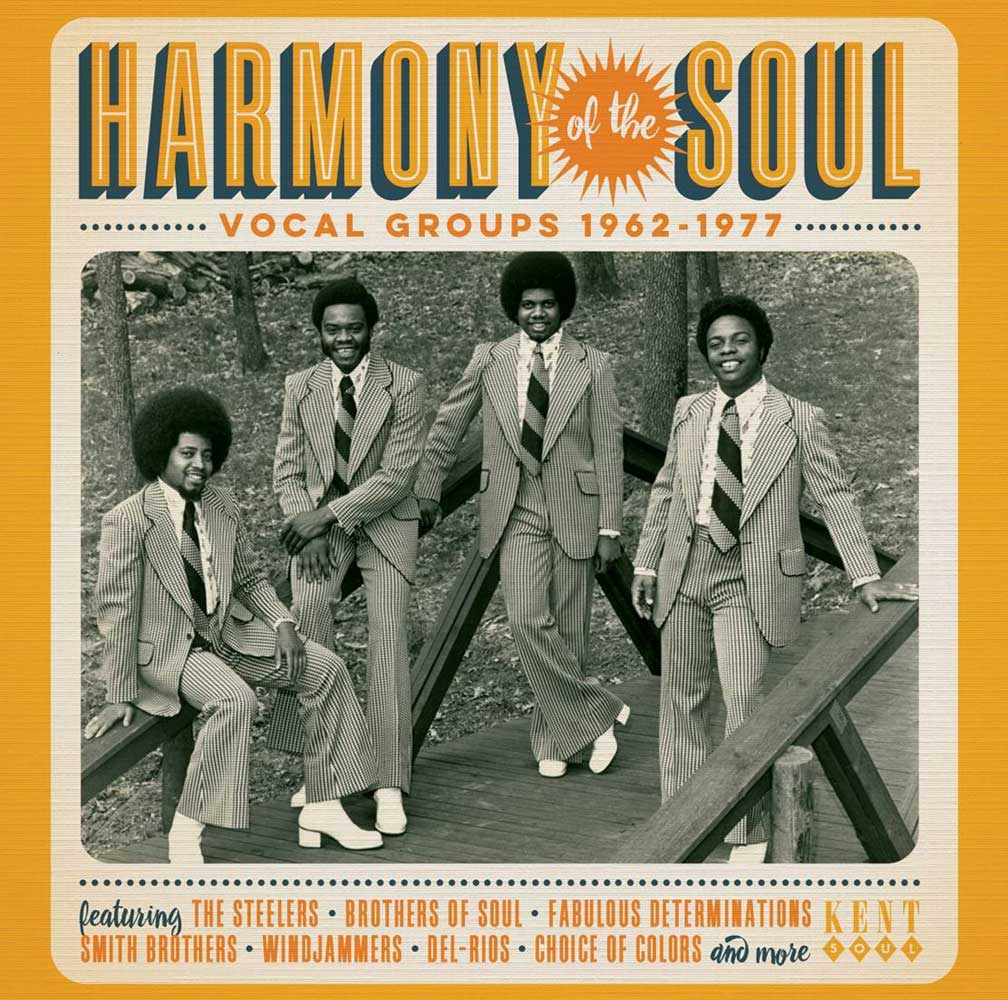 Tracing its pedigree right back to primitive gospel music, there is no more satisfying sound in all of soul than the harmony group in full flow. If you doubt that contention then dig out all your old albums by the Temptations, the Impressions, Four Tops, the O’Jays, the Whispers, the Isley Brothers, the Miracles , the Dells or the hundreds of lesser known outfits who found (and gave) joy and solace in pitching their different voices in harmony .

This new compilation from Ace/Kent brings together two dozen of those lesser known outfits, offering a selection of tracks recorded in locations all over the States, but all unified by their sweet harmonizing and passionate delivery.

There aren’t that many big names amongst the selections; the biggest “name” is possibly Stax’s The Mad Lads. Their cut is a previously unreleased demo, ‘It’s My Fault’. Interestingly it’s just their voices – pure and sweet, adding weight to my opening contention. Other names that soul cognoscenti will be familiar with are The Steelers, Bobby Moore and the Rhythm Aces, Choice of Colours and the Del Rios. The Steelers (Of ‘Get It From The Bottom’ fame’) offer a suitably tortured ‘Crying Bitter Tears’; Bobby Moore’s tune is a lovely ballad, ‘Is Love For Real’, which though cut down at Fame has a hint of the best of Billy Stewart; the Choice Of Colours’ track is the previously unissued ‘Shady Lady’; the Del-Rio’s tune is also previously unissued… it’s the gritty ‘Won’t You Call’ featuring a lead from Louis Williams before he joined the Ovations.

As ever with Kent compilations there’s plenty to please the soul anoraks… like ‘Someday Somewhere’ from the Dramatic Experience. The copious notes tell us that the group featured two of the original Dramatics, William Howard and Elbert Wilkins, who clearly intended to trade on their past glories till a law suit from the outfit who were (then) the Dramatics put an end to them using a similar name! Yep, it was hard work to try and make it in a crowded market place but that didn’t stop the ambitions of the groups featured here…. all of ’em hoping, one day, to be the next Impressions, the next Dells, indeed the next Dramatics! One of the featured groups here even offer their take on a classic from one of soul’s Premier League groups, The Temptations. Enjoy, if you would, the Perfections tackling the Tempts’ ‘Since I Lost My Baby’. Produced by ex-Motowner, Jack Ashford, it’s quite different to the original but has a charm all of its own.